Disneyland gives half-million to Anaheim to plus public parks 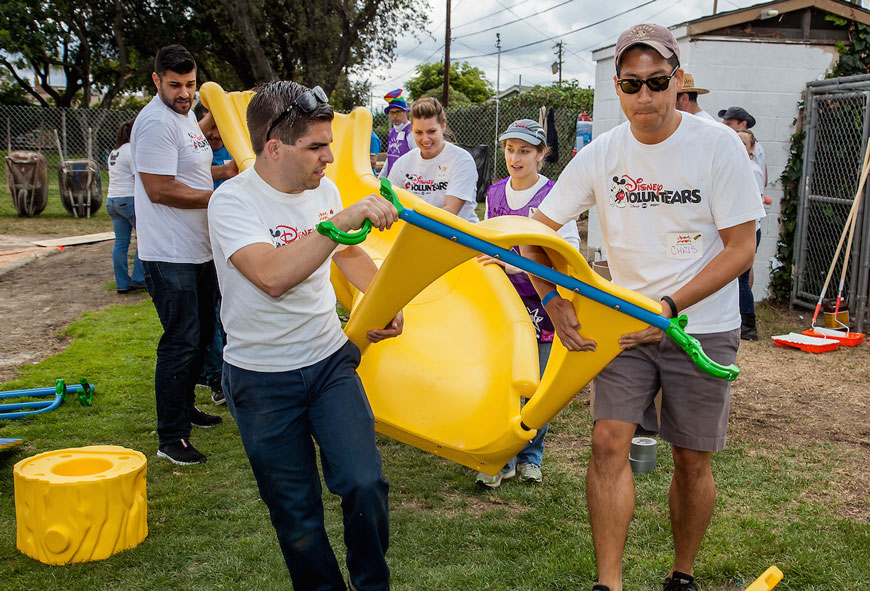 While some may complain that Disneyland, with its fireworks and heavy traffic, isn’t a real community player in Anaheim. But when you consider the taxes they generate and the donations they make to local non-profits and schools, there’s little doubt to the company’s commitment. Then you throw in the hours volunteered by Cast Member “voluntEARS” and Disneyland’s place as a part of Anaheim is cemented.

Take for instance this recent donation to plus the city parks in Anaheim with $500,000 worth of skate parks, ball courts and fields.

“For more than 60 years, the Disneyland Resort has been proud to be part of special moments for families both inside our parks and throughout the Anaheim community,” said Michael Colglazier, president of the Disneyland Resort. “This donation, in honor of our Diamond Celebration, will help revitalize play areas throughout Anaheim to provide more ways for kids and their parents to stay active and have fun together.”

“New skate parks are among the top things our residents want to see at their parks,” said Terry Lowe, Anaheim’s Community Services director. “These skate parks will bring a new level of fun and enjoyment to those in the neighborhood.”

So next time you’re at Disneyland, know that some of the money you spend is going to support the community too. Do you think Disneyland is doing enough to help the community it’s a part of?