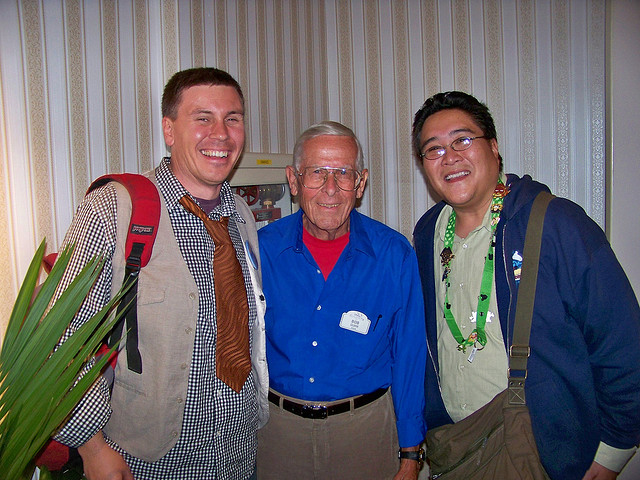 Disneyana Fan Club (DFC), which longtime Disney fans might remember as the National Fantasy Fan Club (NFFC), is one of the great ways for Disney fans to connect in person over a shared love of all things Disney, but especially collecting. There are clubs around the world, so there’s a good chance you can find one in your neck of the woods.

Every summer, all the clubs come together to meet in near Disneyland for a terrific fan convention. This year the DisneyanaMania Convention will be held July 13-16 at the Wyndham Anaheim Garden Grove Resort. The event will feature speakers, an authors panel, documentary screening, collectible show and sale, and banquet commemorating the 65th anniversary of the animated film, Alice in Wonderland.

A highlight of the convention is the world premiere of the documentary, Bob Gurr: Turning Dreams into Reality, directed by Carlene Thie, on Thursday, July 15. The film showcases the career of Imagineer and Disney Legend Bob Gurr.

The DisneyanaMania Convention will kick off with a fundraising dinner on Wednesday, July 13 for Ryman Arts, one of the DFC’s sponsored charities. The event will feature both a silent and live auction. Ryman Arts provides studio art instruction to more than 600 inner-city high school students at no cost to the students.

A DFC Legends Luncheon honoring Garner Holt, founder of Garner Holt Productions, will take place on Thursday, July 14. Holt’s company produces audio-animatronic figures for theme parks, restaurants, and shows throughout the world. A banquet celebrating the 65th anniversary of Alice in Wonderland will be held on Friday, July 15.