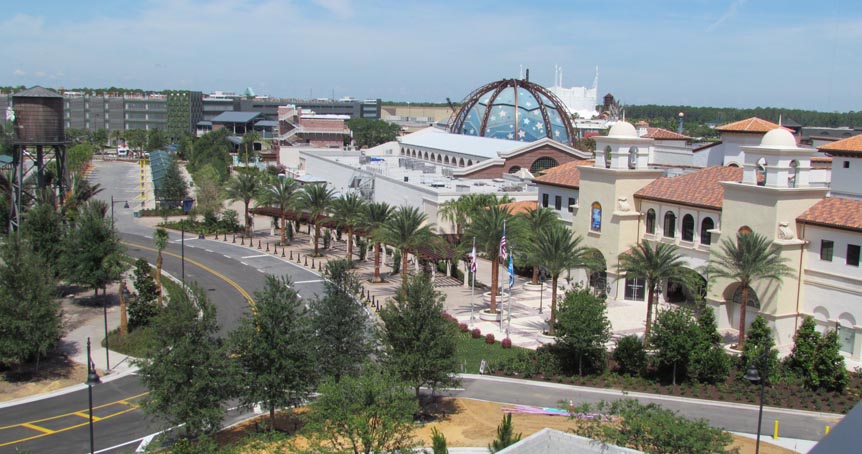 As Disney Springs grows it will more than double the number of stores and restaurants in the space. Even though Town Center is now open, there is still some significant construction ongoing around Disney Springs, including the new central bus loading depot. We take a look at some of the larger projects remaining.

Although it has yet to open, the new bus drop-off and pick-up zone is essentially complete. Disney’s bus drivers are familiarizing themselves with the layout while work continues on adding bus only lanes to Buena Vista Drive, which should speed up traffic considerably for everyone.

Unique to Walt Disney World, this bus depot separates the guest drop-off from the pick up. This will allow a much more efficient system, speeding up loading time. While the dropoff will send guests right into the middle of Town Center, the pickup locations actually load from near Planet Hollywood Observatory and the new Coca-Cola store. I’m sure that will take a little getting used to for guests. 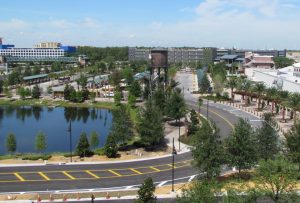 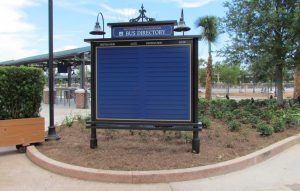 We took some of these photos from the top deck of the new Lime parking garage. Its smaller than the Orange garage and has just one elevator, which dumps you into the Town Center area close to the Marketplace transition.

The transformation of Planet Hollywood into Planet Hollywood Observatory continues. The new main entrance is now taking shape and thanks to the opening of Town Center, we’re getting our first good look at some of the work that will add an extended exterior patio for dining. They’ll have to work quick to be open for the holidays (a six month closure was originally planned). 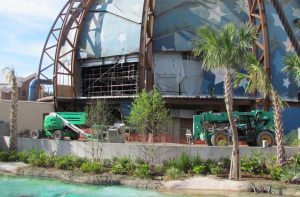 adding a back patio 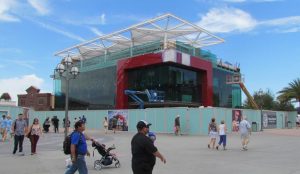 The Coca-Cola store appears to be getting much closer to being ready. They’re still doing some work on the top deck and the giant Coca-Cola logo sign has yet to be added, but it should be ready this summer.

The metal-roofed location of Art Smith’s Homecoming restaurant is really taking shape, but it’s a long ways from being ready to open. I love the mural that’s being added to the back of the building. Note the “Jasper Family Farms” name. Jasper, FL is where Chef Art Smith was born. He has now returned to the city to help its economy recover. 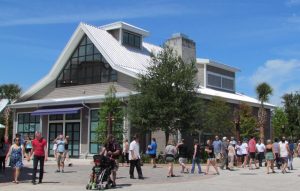 Frontera Cocina is getting ready to open later this summer 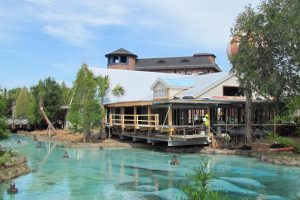 Art Smith’s Homecoming is beautifully perched over the springs 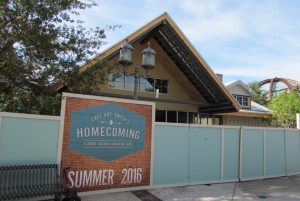 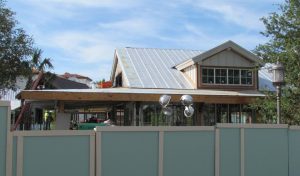 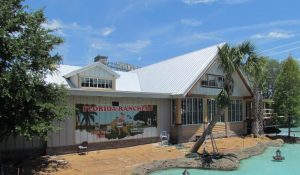 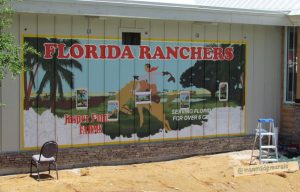 Work also continues on The Edison. We have some new concept art to ogle over. It appears the space to the left of it will be a theater of some time. 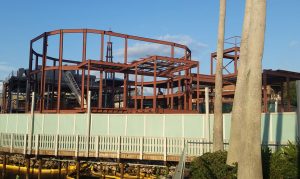 oval shape looks to be theater next to The Edison 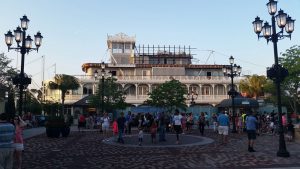 Paddlefish gets some upgrades 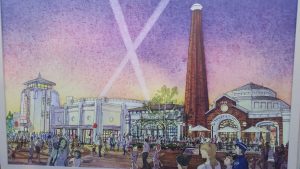 New concept art for The Edison

Finally, I love the architectural style of the porch for Blaze Pizza. Imagineers have really placed a focus on The Springs of Disney Springs, the blue color I just can’t get enough of. There’s something so relaxing about it.