Thinking of popping the question at Disney World? Here are our five fun proposal ideas We recently learned that you can now get married in the Magic Kingdom with a lovely view of Cinderella Castle right behind you. The price for that starts at “if you have to ask” and goes up from there. But guests have always been able to enjoy one of life’s other matrimonial ceremonies for free in the Magic Kingdom – the wedding proposal (aka popping the question). We have a few suggestions for your fun Disney proposal:

Tony’s Town Square Restaurant – If your guy or gal is a fan of the Disney classics, this could be the perfect place to pop the question. Located in Magic Kingdom’s Town Square, Tony’s is open for lunch or dinner on a bella note as the Main Street Electrical Parade passes by the window. Themed after the restaurant featured in the most famous scene in Lady and the Tramp, Tony’s not only has a charming atmosphere, but they also serve great food. With a little help from a waiter, your ring could even be served with a giant plate of spaghetti and meatballs. 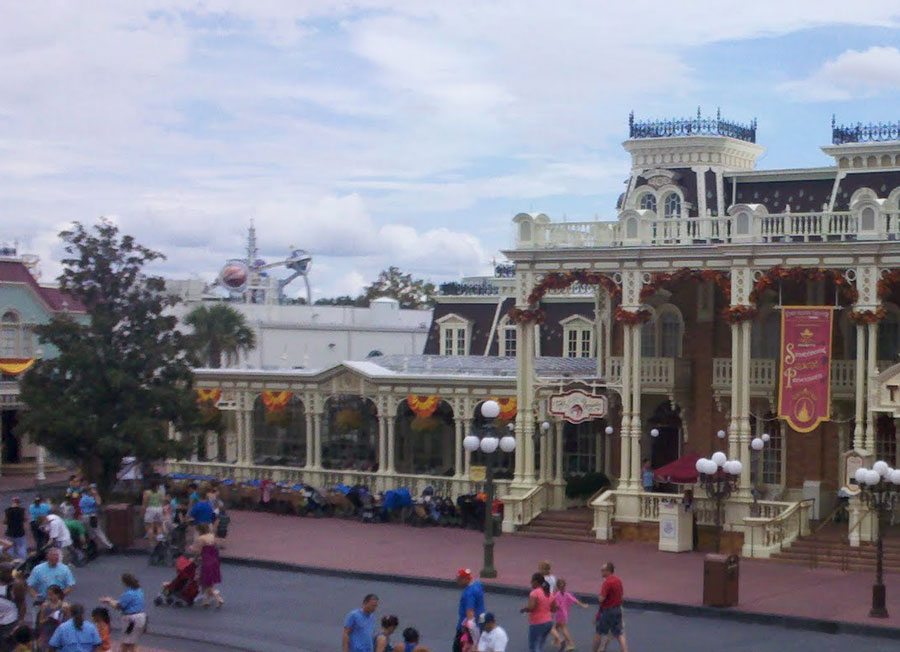 Splash Mountain – There’s no tunnel of love at WDW, but there is a log-ride roller coaster which is the next best thing if you’re looking to get engaged. Once you board Splash Mountain, you’ll have about ten romantic minutes of lazy boat ride through the story of Brer Rabbit to muster up the courage to pop the question before the 52.5 foot drop. The ride camera will capture the look on your partner’s face as they scream an excited “Yes!” (among other maybe other things, since they are plummeting down the side of a mountain). What better time to take the plunge than while literally taking the plunge? (Seriously though, probably keep the ring in your pocket until the end of the ride. WDW is only responsible for the two month’s salary you spent on your trip, not the one you spent on the ring)

World Showcase, EPCOT – So, maybe a trip around the world isn’t in the proposal budget. That doesn’t mean you can’t still pop the question in front of the Eiffel Tower. At EPCOT’s World Showcase, France is just a hop-skip-and-a-jump away from America. In fact, there are eleven different countries represented here (Mexico, Norway, China, Germany, Italy, the United States, Japan, Morocco, France, the United Kingdom, and Canada), each with their own iconic symbol of their homeland. If the Eiffel Tower isn’t the place you want to pledge your love to your partner, check out the tea gardens in the United Kingdom, or the incredible fountain in Morocco. If you’re planning a trip during the spring, you’ll have the added beauty of the Flower and Garden Festival blooming all around you as you get down on bended knee.

Cinderella’s Castle – If you’re lucky enough to find a fairy tale romance, there’s no better place to get engaged than in front of Cinderella’s Castle. The castle has long been an icon representing happiness, fun, and togetherness –all also characteristics of great marriage. Additionally, if you opt for a nighttime proposal, you’ll have the bonus feature of celebratory fireworks lighting up the sky! And don’t forget, there are always Disney photographers nearby. With a head’s up, they can even capture the moment for you on camera.

What other romantic locations can you think of for a proposal? Or did you, perhaps, pop the question at Disney? Share your story in the comments.