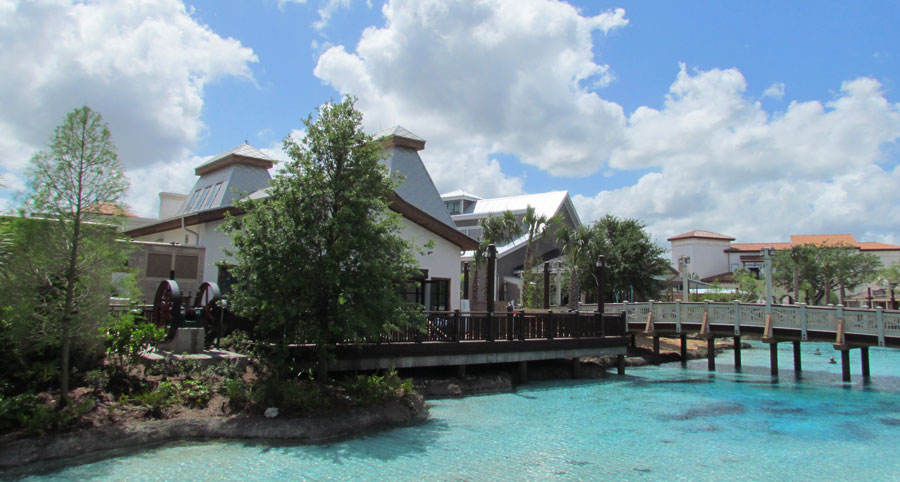 In just a few days the final walls will start to come down from the Town Center expansion of Disney Springs. Everyone I talk to is looking forward to exploring the new area, getting in a few bites at D-Luxe Burgers, sharing a Sprinkles cupcake or two, and shopping at one of the many stores planned for the area. We’ll definitely bring you photos and video as soon as we can. For now, you’ll have to close your eyes and imagine Disney Springs as the Imagineers who created it want you to.

We had the pleasure of taking a behind-the-walls tour of the Town Center area that will soon be opening at Disney Springs. Imagineers Brianna Ricci, Dave Hoffman led the tour and pointed out many of the details and story being layered into the shopping and dining district. A story so convincing that someone on the tour actually stopped to ask if this was a real town that Disney was reviving or something created entirely by the Mouse. Must be nice as an Imagineer to have done your work so well that it fools even a reporter, someone who is used to questioning everything.

Before taking us back into the construction area, Ricci and Hoffman provided our group with a bit more backstory on Disney Springs itself. The oldest elements are found adjacent to the beautiful springs and date back to 150 years ago. Over the years, four neighborhoods have sprung up around the springs themselves, each with architecture that matches the time period. The earliest area around the springs circa 1850, The Landing is circa the late 1880’s, look for 1920’s elements in Town Center, 1930’s in the Marketplace, and the last district to develop was the West Side in the 1950s. When Walt Disney came looking for a place to build Walt Disney World in the 1960s, that’s when everything changed.

The Spring itself is a homage to landscape and features of Florida. Look for Oak, Cypress, and other common trees and vegetation around the banks of the Springs. The water has vibrant colors during the day and floating lanterns added to give it a nice night appeal. 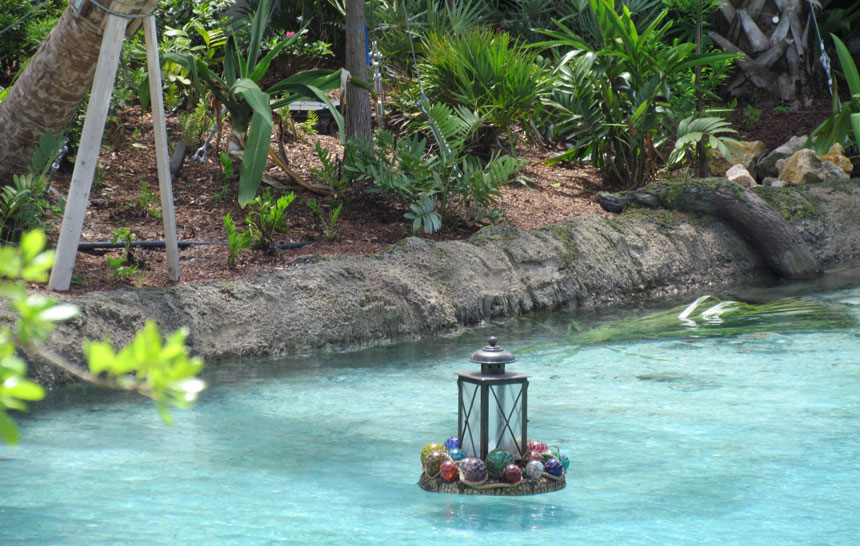 The building that is now D-Luxe Burgers is the oldest structure in Disney Springs. Originally built as a rancher’s cabin, he choose to build near the springs so his cattle would have a source of water. Over time a community grew up around the cabin. Those are the wooden buildings you see nearby.

Eventually the community crossed to the other side of the springs. A transportation hub with access to planes (Jock Lindsey’s Hangar), Trains (see the high-line tracks near STK Orlando) and boats including the giant Stern Wheeler that still sits docked at The Landing district today. This area also had most of the industrial buildings, including the Disney Springs Bottling company (Morimoto Asia today).

The transportation hub allowed businesses to come in to Town Center, which started growing in 1913. First with just a few market stalls, then expanding eastward down what is market street today. Town Center has become the gateway to the town. There’s a bus and taxi drop off and the town’s icon, a water tower, is located there. The water tower, like so many in Central Florida used to serve the many citrus groves that could once be found in the area. While there’s a new sign for the modern Disney Springs, you can still read the old painted sign underneath that reads “Visit the Springs.”

In Town Center the architectural look is more Mediterranean with a lot of Spanish Rival architecture like you would find in West Palm Beach, St. Augustine, and similar Florida developments that sprung up in the 20s and 30s.

The details that went into Town Center are impressive. Imagineers wanted to give it that aged look so they used 4 types of stucco, 15 shades of white, 9 tiles roof colors, and made each facade a unique building with its own history. Look for mosaics to give Town Center a burst of color, along with water tones and various tools and instruments from across time that were once used in Disney Springs.

The Marketplace, which is also expanding, is more of an intimate space, with more public areas, and a residential feel. There the architecture is primarily craftsman with lots of cedar shakes and earth tones.

In the 1950s the town of Disney Springs held an expo in the area that is now Westside. The event brought in people from all over the country via trains and boats. It’s definitely the most modern of the neighborhoods and reflects a diversity not found in other parts of the town.

When you’re walking through Town Center, it’s hard to remember that not too many months ago it was just a flat parking lot. Disney’s designers have done some of their most accessible and impressive work here. It’s artificial, but its also history. Guests will learn something about the Florida that was even while they’re shopping or dining. Disney Springs is now an ode to the state that once welcomed Walt Disney and is now the home to more than 60,000 of the Mouse’s employees (not to mention fans).

When are you planning your first visit?