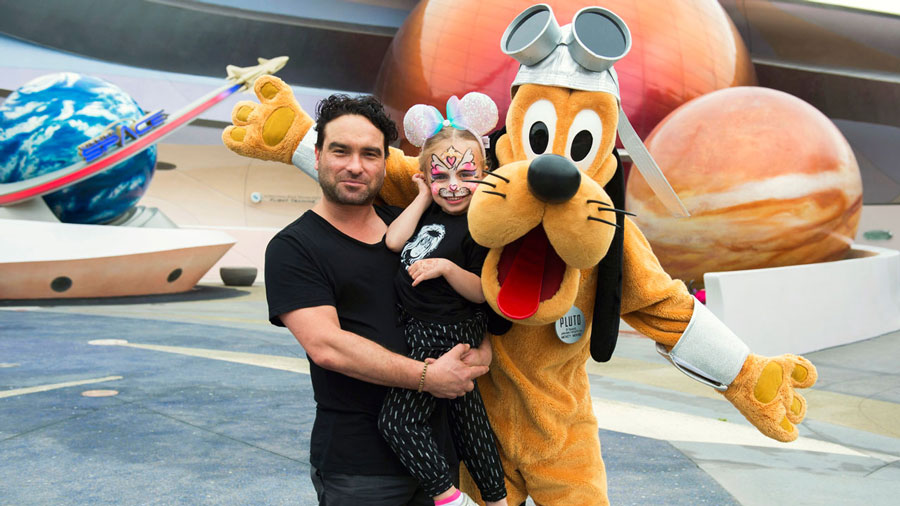 Celebrities visit Walt Disney World all the time. Often Disney asks if they can share a photo and/or video of them in the parks with their fans. I love it that Disney’s photographers try to choose a backdrop that ties in to the performer’s career. Take Johnny Galecki, who stars on “The Big Bang Theory,” the backdrop chosen for his photo as Mission: Space at EPCOT.

Johnny and his niece Lulu have neighboring birthdays so he promised her a Walt Disney World vacation to celebrate once she turned five. They met up with Pluto for this great photo.

A nice guy on TV and in real life, while in the parks, Galecki offered to take a picture for Twitter user Christa Haran, then snapped this selfie with her as well.

It all started with a “could I take a picture for you guys” #JohnnyGalecki pic.twitter.com/NSiatuEuXB

Which celebrities have you met in the parks?