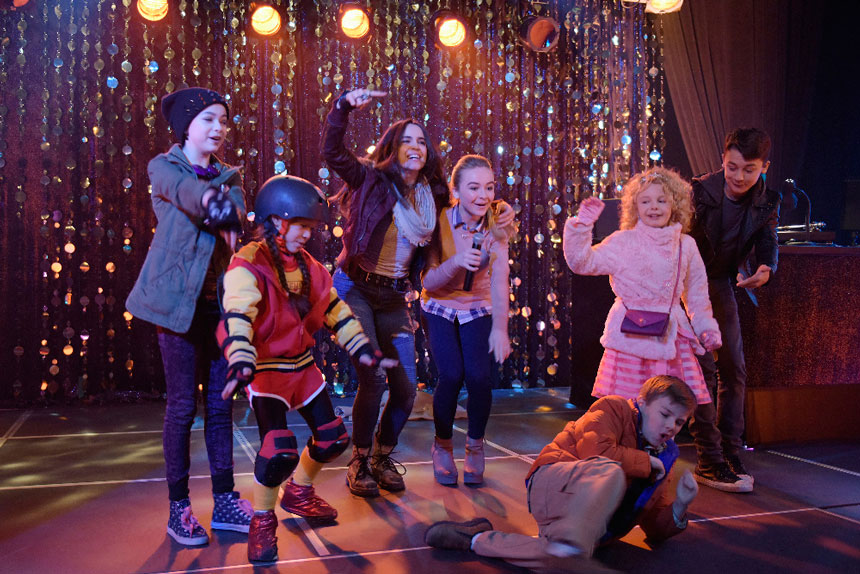 For it’s 100th Disney Channel Original Movie, Disney has decided to remake a cult classic “Adventures in Babysitting!” The new Adventures will premiere on Friday June 24 at 8pm, but will also be available ahead of time on the Disney Channel app and via Video on Demand services beginning June 17.

“Adventures in Babysitting,” inspired by the popular 1980s film of the same name, stars Sabrina Carpenter (of Disney Channel’s hit comedy series “Girl Meets World”) and Sofia Carson (of the hit Disney Channel Original Movie “Descendants”). In “Adventures in Babysitting,” a dull evening for two competing babysitters, Jenny (Sabrina Carpenter) and Lola (Sofia Carson), turns into an adventure in the big city as they hunt for one of the kids who somehow snuck away.

As you might guess, the movie has been upated for the times. The first trailer features a baby sitter Rap Battle:

The movie is a heartfelt story that celebrates individuality, friendship, and self-empowerment that pays homage to the 1980s classic. It is directed by John Schultz and written by Tiffany Paulsen.

“Adventures in Babysitting,” unfolds when Jenny Parker (Sabrina Carpenter) and Lola Perez (Sofia Carson), two teen girls with distinctly different personalities, each interview for a coveted photography internship and accidently swap phones. When the Anderson family calls Jenny’s phone looking for a last-minute babysitter, audacious Lola, in need of some extra cash, picks up and nominates herself. Meanwhile, dependable Jenny is already set to babysit the Cooper family for the evening. Unfortunately, Lola’s first attempt at babysitting takes an unforeseen turn when one of the Anderson kids sneaks out to go to a concert. Jenny, determined to protect her reputation, and Lola with the remaining kids in tow, head out and have the adventure of a lifetime during one magical night in the big city. 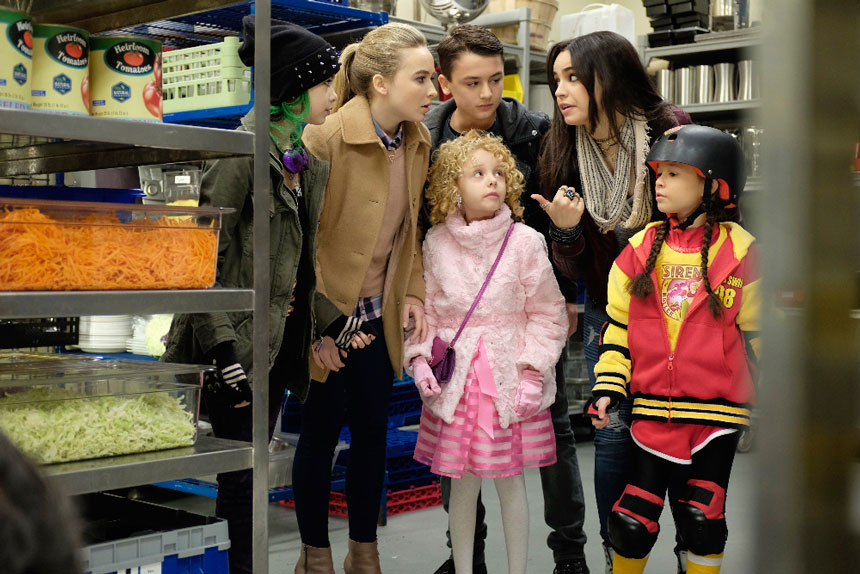 The DCOM “Adventures in Babysitting” is already available for pre-ordering on DVD via Amazon. Among the special features will be a blooper roll.

1 thought on “Adventures in Babysitting, first trailer for 100th DCOM”