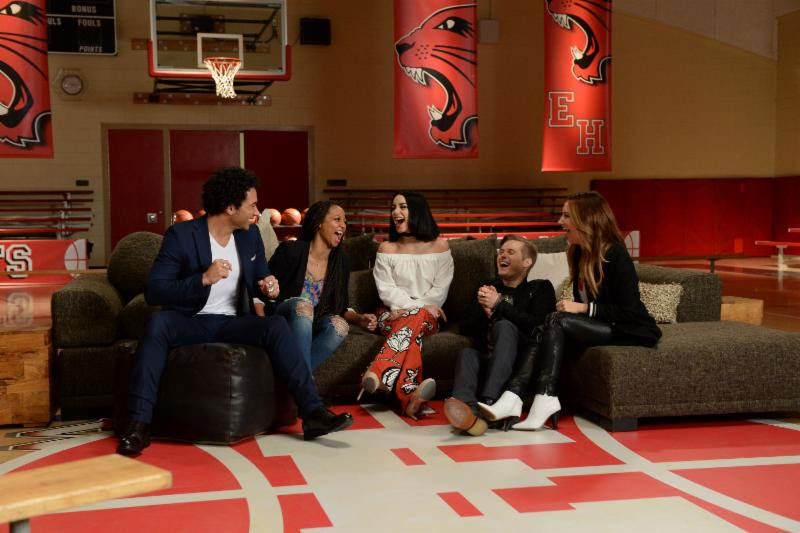 Disney Channel will honor the original by bringing back the original stars – Vanessa Hudgens, Ashley Tisdale, Monique Coleman, Corbin Bleu and Lucas Grabeel – to celebrate the 10-year anniversary of the global sensation beloved by an entire generation of kids, tweens and parents. Their fellow star Zac Efron will join the telecast in a pre-taped message to “High School Musical” fans. The reunion will be seen during a special 10th anniversary telecast of “High School Musical” to be presented Wendesday, Janaury 20 (8:00 p.m., ET/PT) on Disney Channel.

The cast shares some of their favorite memories and what it means to be part of the “High School Musical” legacy. Plus some fun HSM trivia to share with your friends.

“Seeing the cast of High School Musical back together again reaffirms what made it special 10 years ago. It’s their optimism, their dedication and their extraordinary talent—as a group—that made this such an exceptional movie and cultural phenomenon,” said Gary Marsh, President and Chief Creative Officer, Disney Channels Worldwide. “Ten years later, the movie continues to delight audiences around the globe, not just for its memorable song and dance numbers, but for its universal themes that continue to resonate with fans everywhere – express yourself, believe in yourself and always follow your dreams.”

Did you grow up singing the songs from any of the High School Musical movies? What is your favorite East High memory?