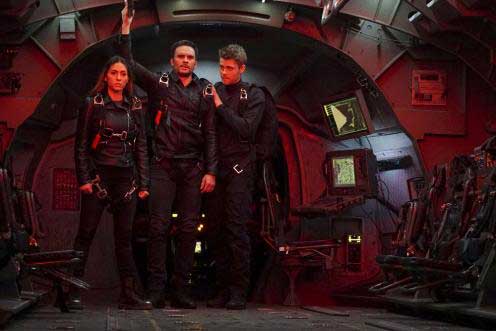 It’s episode 17 of season 3 in the Marvel’s Agents of SHIELD universe and this week starts where last week left off with Daisy and Lincoln alone while the rest of the team is captured. The pair head out to bring in the rest of the Secret Warriors: Joey and Elena. They make quick of the guards recapturing the plane with their teammates still trapped inside and manage to capture Malick in the process.

Back at the base, Coulson interrogates Malick who reveals that Ward/Hive is just a parasite, he infects other Inhumans causing them to follow him. Malick also insinuates that one of the Secret Warriors has been infected causing Coulson to quietly lock down the base.

Daisy gets wind of the lockdown but Coulson tells her it’s because of Malick. Meanwhile, he has Mack using security cameras to keep an eye on the Warriors while Fitz-Simmons perform an autopsy on Lucio, the Inhuman who paralyzed people with his eyes. The autopsy confirmed that Malick is telling the truth. 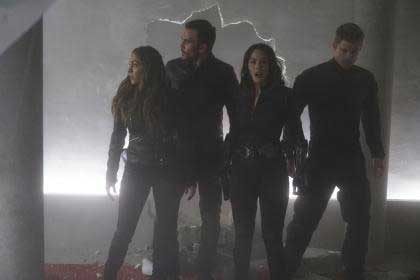 Suddenly, the power goes out on the base. Mack finds one of the bombs he showed Elena is gone. Fitz-Simmons finds the bomb right before it blows up killing Malick.

Coulson has his agents corner the Inhumans but they lock themselves one of the rooms. Now Coulson and SHIELD don’t trust them and they don’t even trust each other. Daisy decides their best bet is to leave the SHIELD base via Coulson’s secret elevator. Meanwhile, the rest of the team is searching the Inhumans’ lockers.

Daisy ends up tricking the team and leading them straight to Coulson who reveals that Lincoln is the traitor. He was infected by Hive a couple of episodes ago and was trying to steal the artifact that he and Daisy got last week.

As a result of the chaos, the Secret Warriors are both broken emotionally and officially disbanded until things can be straightened out. Lincoln gets put in isolation but Daisy comes to free him revealing that she was the one infected by Hive. She framed Lincoln so that SHIELD would lift the lock down. Lincoln refuses to go with her so she leaves on her own, destroying the SHIELD base in the process.

An interesting twist this week, with only a few more episodes to wrap it up.