If you’ve visited Orlando recently, you’ve no doubt seen signs of the Escape Room trend taking over nearly everywhere. These rooms put you and a few friends in the middle of a giant puzzle that you have to solve within a time limit (usually 1 hour). Its your brains versus the mind of the game’s creator. Inevitably you leave with a sense of accomplishment and a sense of being on a team. This is probably why Disney Meetings now offers their own Escape Room that you can book for your next private party or group event.

The Disney Escape Challenge is not Disney-character themed, but rather features a steam-punk time-travel inspired design. Disney did involve the master storytellers in Imagineering to help design the experience though.

“We’ve designed every aspect of The Escape Challenge to create an unforgettable Disney team building program or team-bonding experience,” said Ray Fournier, Disney Producer. “It’s perfect for all types of groups, even corporate groups, because when you think about trying to meet business objectives, leadership, communication, collaboration—all of these things are really important to be successful. By the end of the challenge, participants have figured out how to work closely with their teammates to solve these rather complex clues, and with that, they leave with a true sense of accomplishment.” 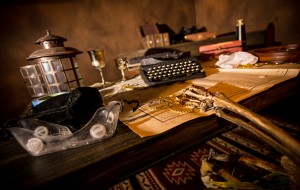 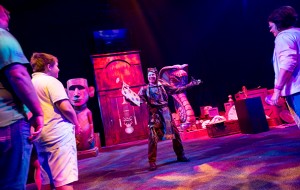 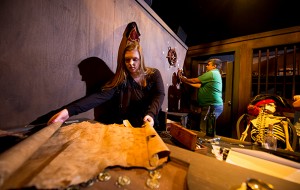 The game can be set up in nearly any function space on Disney property meaning you can add this team-building experience to your event nearly anywhere.

So far, no word if Disney is considering offering a retail version of its Escape Room challenge. But I, for one, would love to see what Disney could do in a space like Disney Springs.

Have you enjoyed any of Orlando’s Escape Rooms? Would you recommend them to others?

Previously: Escapology is a fun addition to Orlando’s Escape Rooms.