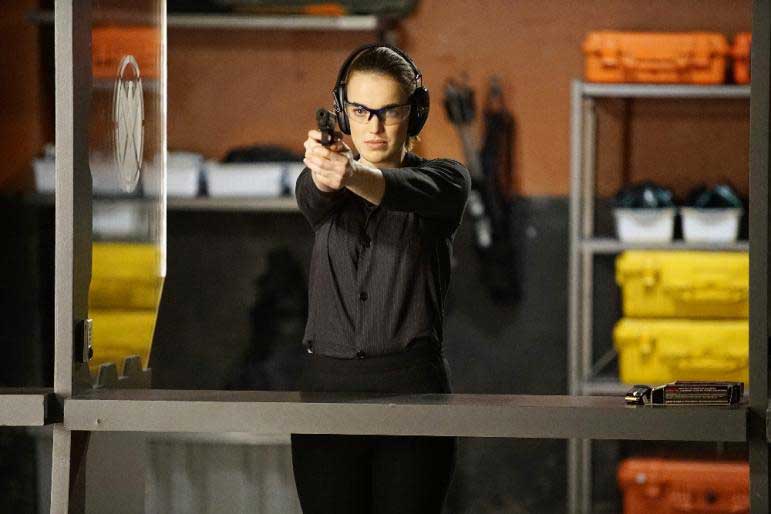 This week we got to meet Mack’s brother, Ruben, who thinks that Mack is in the insurance business. While spending some time together they see a news broadcast showing a new terrorist group, the Watchdogs, imploding an ATCU storage facility using some enhanced Howard Stark tech from WWII.

Coulson suspects Agent Felix Blake (who we first saw in the Marvel One Shot, Item 47 as well as a few episodes way back in season one) because Blake was very interested in the tech when he was working for SHIELD.

Meanwhile, Simmons is getting in extra shooting practice because she’s tired of having to be saved all the time and she feels guilty for letting Andrew go so May brings her in to May’s hunt for Andrew. 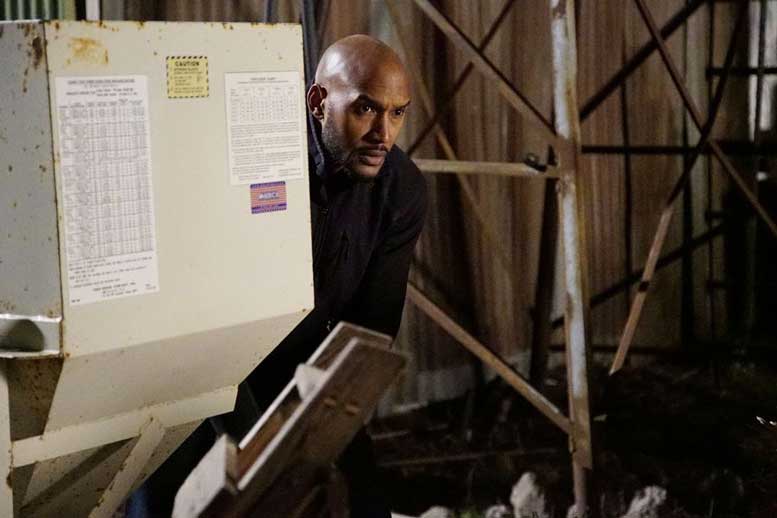 Coulson takes Lincoln with him to find Blake so that he can asses Lincoln’s loyalty to SHIELD and if he should continue working for them.

Daisy discovers the locations of some of the Watchdogs and wants to go use force on them to make them reveal their hideout. Mack refuses to help her and leaves to go back to his brother. Daisy and Fitz find one of the Watchdogs to interrogate but Fitz is not happy with Daisy’s tactics (though they do get the information they need). They call Mack and have him meet them at the hideout. Daisy hears Blake’s voice but Ruben, who followed Mack, shows up and their cover is blown. One of the Dogs shoots Fitz with one of the Stark bombs so, unless they can find a way to remove it, Fitz will implode like the building.

While they’re trying to save Fitz, Coulson and Lincoln have found Blake in one of his safe houses (Daisy heard Blake’s voice, but never saw him). Blake and Coulson argue until Coulson realizes that Blake is trying to stall them. He has Lincoln use his powers on Blake revealing that the former agent is actually a hologram.

Fitz is saved and the Watchdog with them confesses that he is surprised that Daisy is the one with the powers. They thought it was Mack, who has gone back to explain things to his brother, so they sent a group to go kill him. A fire fight ensues and Ruben gets to see first hand what his brother can do. The Dogs are taken out and Mack saves the day.

In the pre-credit tag, Daisy and Coulson have discovered that the implosion at the beginning of the episode was a cover up by Malick. He stole something from the building but they don’t know what. When then see the van pulling into a warehouse where the real Blake, who is in a wheelchair, is getting the stolen item, a missile, as a part of a deal that he made with Malick.

Another solid episode with even more twists and turns. What did you think of the episode?