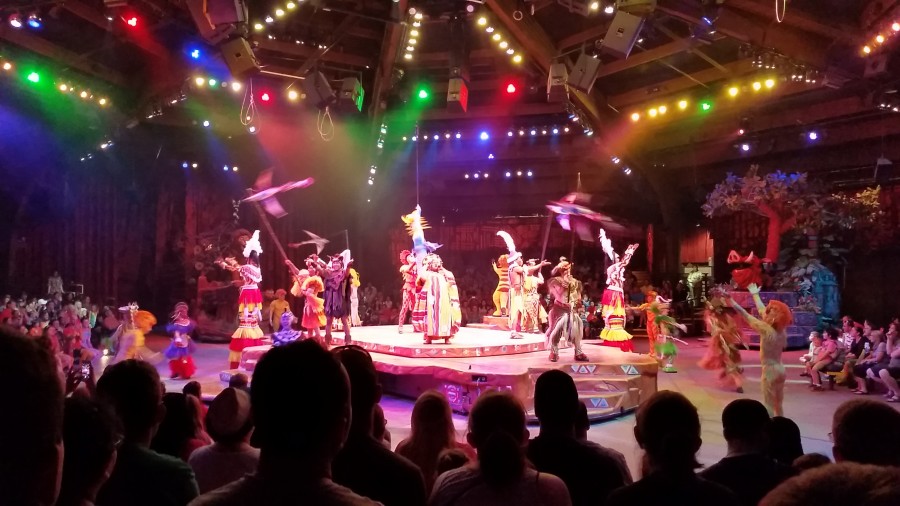 A minor fire occured today at the 4:15 showing of The Festival of The Lion King. The float that holds the Elephant puppet caught fire early in the show (the Tumble Monkey performance was underway). No injuries were reported and the fire was quickly extinguished by stage hands.

Twitter user @TheDisneyTeenss caught it on video. As you can hear in the background there is a pre-recorded message asking everyone to quickly, but safely, evacuate.

If you look closely you can see they’ve opened the curtains behind the float and the access panel where the float driver and puppeteer would exit is open. So that’s a good sign everyone made it out quickly.

Here’s a little more of the chaos following the order to evacuate also from @TheDisneyTeenss.

The floats and puppets used in The Festival of The Lion King are older than Disney’s Animal Kingdom itself. They were originally built for The Lion King Celebration parade at Disneyland, which opened in 1994. Which makes them 22 years old. They’ve been used at Disney’s Animal Kingdom since the show opened with the park in 1998 and have survived another move from the old theater in Camp Minnie-Mickey to the new location in the village of Harambe.

Early reports are that it was an electrical fire in the float mechanics. We’re glad everyone got out safe.

This is a developing story. Stay tuned for updates as warranted.