Behind the scenes of Maz Kanata from Star Wars: The Force Awakens 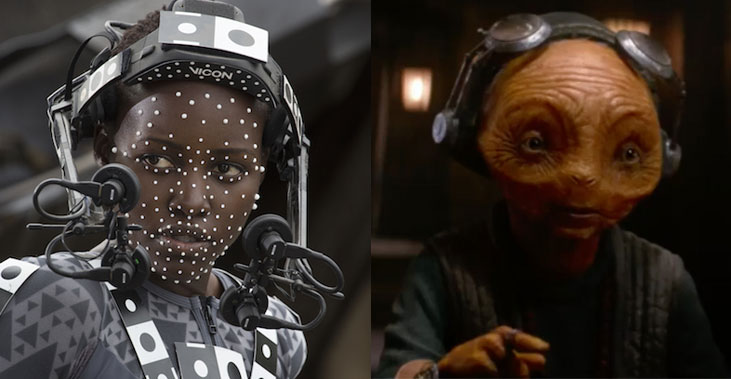 We’re just under two weeks away from your chance to bring home The Force and view Star Wars: The Force Awakens in your own home theater. As part of the promotion for the digital and blu-ray release of the epic space fantasy, Lupita Nyong’o, who played Maz Kanata in a motion capture performance, has shared a brand-new bonus clip.

The clip features the talented people of Industrial Light and Magic (ILM) who helped to bring Nyong’o’s performance to life.

I liked seeing Andy Serkis in there. His work as Gollumn in The Lord of the Rings saga and Kong in King Kong revolutionalized how motion capture performances could express emotion and seemlessly integrate with the other performers. Since then the technique perfected by Serkis has given us some amazing characters we just wouldn’t have been able to have otherwise (Cesar in Dawn of the Planet of the Apes (Serkis again) and Rocket Raccoon in Guardians of the Galaxy (Sean Gunn).