SeaWorld announces the end of its Killer Whale breeding program 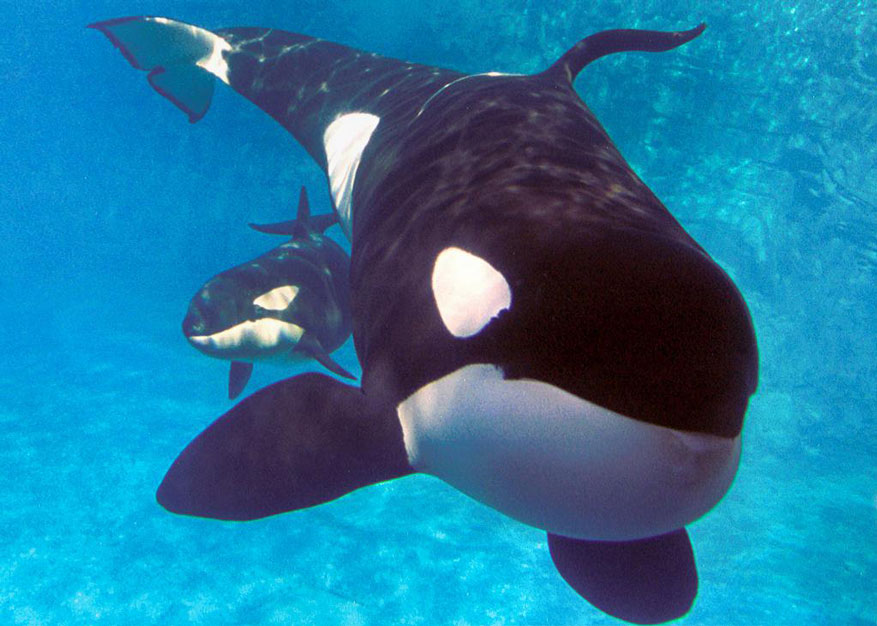 Reflecting a huge shift in its philosophy SeaWorld has announced three major changes to its Killer Whale programs at the parks. They will end the Orca breeding program, meaning the current generation of killer whales will be the last at SeaWorld. SeaWorld will shift from theatrical shows for its ocra pods to more natural environments and encounters. Finally, SeaWorld announced a partnership with The Human Society of the United States (HSUS) that will bring both groups together in the parks to continue the educational mission of both organizations with a focus on the health of oceans and the creatures that call them home.

“As society’s understanding of orcas continues to change, SeaWorld is changing with it,” says SeaWorld CEO Joel Manby. “By making this the last generation of orcas in our care and reimagining how guests will encounter these beautiful animals, we are fulfilling our mission of providing visitors to our parks with experiences that matter.”

Yes, SeaWorld hasn’t taken a whale from the wild in 40 years, and yes, Orca breeding programs have valid science and pubic awareness aspects, but they will give all that up now. Now focused on “experiences that matter.” The first ‘natural’ environment for SeaWorld’s killer whales will open in San Diego next year, followed by San Antonio and then Orlando in 2019.

I don’t blame SeaWorld for making this move. The need to do something to compete with the other big players continuing to grow in attendance and size. The transition of SeaWorld out from under Anheuser-Busch, to a private equity ownership, to a public company has not been easy. In Orlando, the threat of a huge expansion from Universal Orlando within shouting distance of SeaWorld could spell rough times for the park. They need to get out in front of that trend.

For now, the ultimate mission of SeaWorld, education and animal care and protection, is the same. But how long can that last with continued pressure by those who want to see an end to all animal training and shows.

Playing this to its logical end; now that this domino has fallen, there will be little defense of breeding any animal for performance, dolphins, seals, river otters, etc. As those animal breeding programs end, you’ll have to close those shows too. (Heck you’ll have to close Discovery Cove, SeaWorld’s most profitable park.)

Where does SeaWorld go from here? How about a complete rebranding. You can’t have a park called SeaWorld with no sea mammal shows. My suggestion to SeaWorld… either get acquired or acquire a company that has a lot of intellectual property that would tie in well to a theme park. A partnership with Amazon Prime TV, which is developing a slate of original programming for kids and adults might work. Doctor Who would be another great piece of IP to own. There are some great properties still out there.

If they want to keep animals in an accredited zoo-like setting they can use Busch Gardens Tampa as a model, others might model more after Busch Gardens Williamsburg, one of the most beautiful amusement parks anywhere. It will be years before they have to complete the switch, but they need to lay the groundwork now.

The sad thing, is in the long run this probably means the end of the SeaWorld Rescue program too. Who is going to pick up the slack? PETA, doubt it.

Learn more about SeaWorld’s plans at their SeaWorld Cares website then tell us what you think lies in the future for SeaWorld?