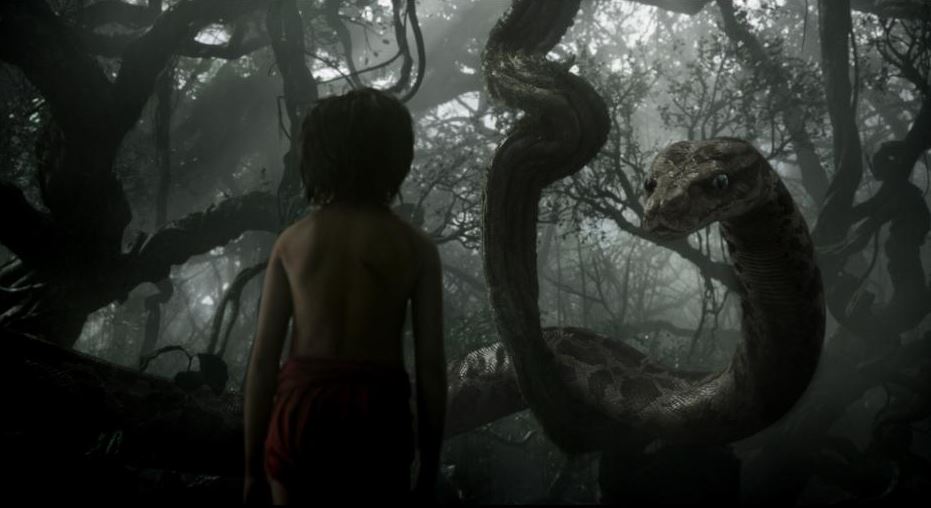 A new trailer for Disney’s The Jungle Book has just dropped and it focuses on the seductive snake Kaa and her crush on Mowgli.

The trailer starts and ends with the massive python Kaa (Scarlett Johansson) talking seductively to Mowgli as she tries to size him up for a snack.

“Kaa is magnificent,” says Johansson. “The way that she moves is very alluring, almost coquettish. The audience will see this creature through the innocent eyes of this small boy Mowgli — they’ll become part of his world.”

The say this is a TV spot, but it’s really almost a minute with a significant amount of new footage to enjoy.

Along the way, Mowgli encounters jungle creatures who don’t exactly have his best interests at heart, including Kaa (voice of Scarlett Johansson), a python whose seductive voice and gaze hypnotizes the man-cub, and the smooth-talking King Louie (voice of Christopher Walken), who tries to coerce Mowgli into giving up the secret to the elusive and deadly red flower: fire. The all-star cast also includes Lupita Nyong’o as the voice of the fiercely protective mother wolf Raksha, and Giancarlo Esposito as the voice of wolf pack’s alpha male Akela. “The Jungle Book” seamlessly blends live-action with photorealistic CGI animals and environments, using up-to-the-minute technology and storytelling techniques to immerse audiences in an enchanting and lush world.