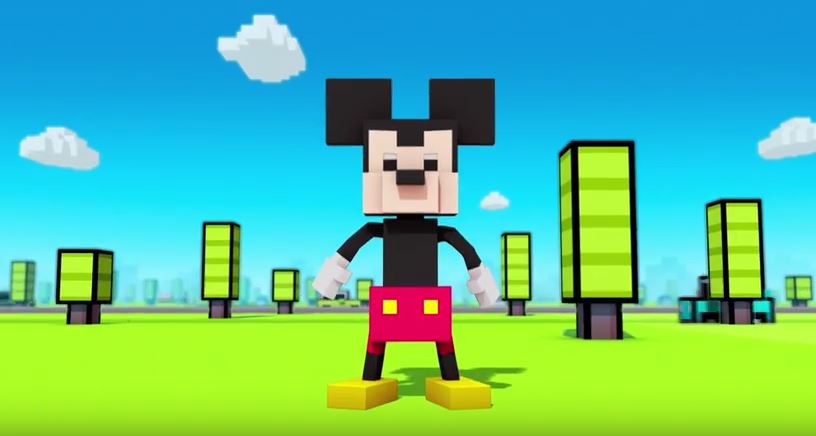 Disney Crossy Road lets players hop through nine different Disney and Pixar-themed worlds, each with their own unique 8-bit music. Here’s a trailer that was just released:

The original app has been downloaded more than 120 million times to date, that’s a pretty sizable audience for Disney to reach. Disney is really upping its mobile apps game. I like that they’re not afraid to partner with other game makers to make great games like this.