Previewing what’s next for Disney Infinity 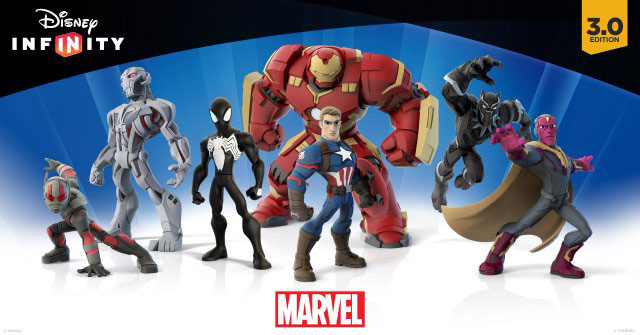 In case you thought Disney Infinity was beginning to slow down, they released the first of a new video series called Disney Infinity Next which will introduce fans to what is coming soon for the game.

This first installment was mostly about the new Marvel Battlegrounds playset that is coming out in just a few weeks. It features the first four player brawl for Infinity. Now you and three friends can fight with your favorite Marvel characters from both 2.0 and 3.0 versions of the game. The game comes with a new Captain America figure based on Captain America: Civil War but they also announced that Ant-Man, Black Panther and the Vision will be joining the ever growing cast.

The main focus of the next video was the Marvel Battleground but they did reveal that Baloo will be joining Disney Infinity as well. Why? Because synergy. Though the character is coming out to connect with the Jon Favereau movie, it is the classic character from the animated movie (and, no, he is not voiced by Bill Murry in the game). Personally, I’m hoping they’ll release a costume power disc for Baloo that puts him in his Tale Spin outfit.

The next video hasn’t been announced yet, but they did hint that it would include Finding Dory and Alice Through the Looking Glass.

Also released this week as playable characters are Nick Wilde and Judy Hopps from Zootopia. Are you still enjoying Disney Infinity?