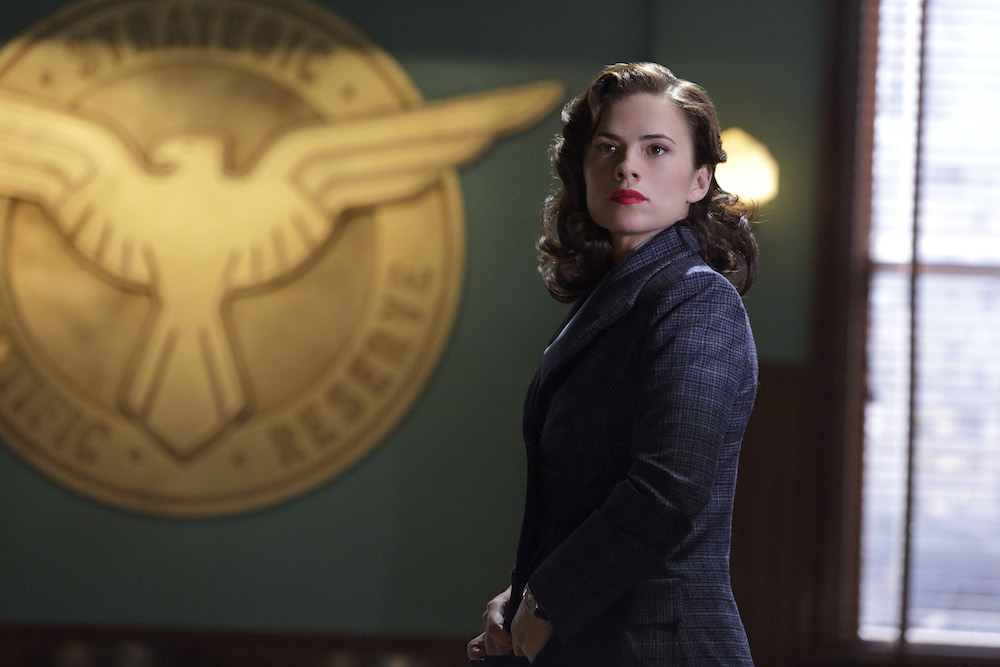 What started as a simple case that just needed some extra hands, has led Peggy, Jarvis, Sousa and the rest of the SSR down and unexpected path in this season of Agent Carter (and, according to this interview with the showrunners, it also leads to a Doctor Strange connection). Last week’s episode ended with Jason Wilkes unleashing all of the Zero Matter inside of him on Whitney Frost and Vernon Masters

This week, according to ABC’s synopsis, “Peggy must make the ultimate sacrifice in order to destroy Zero Matter.”
The promo for the episode reveals that Whitney survived the Zero Matter blast and is crazier than ever and that our team has to call in Howard Stark to stop her.

The second shows Peggy and Sousa sneaking around Whitney’s place.

I have enjoyed this season of Agent Carter and, Hayley Atwell’s new pilot aside, I’m hoping for a third, how about you?