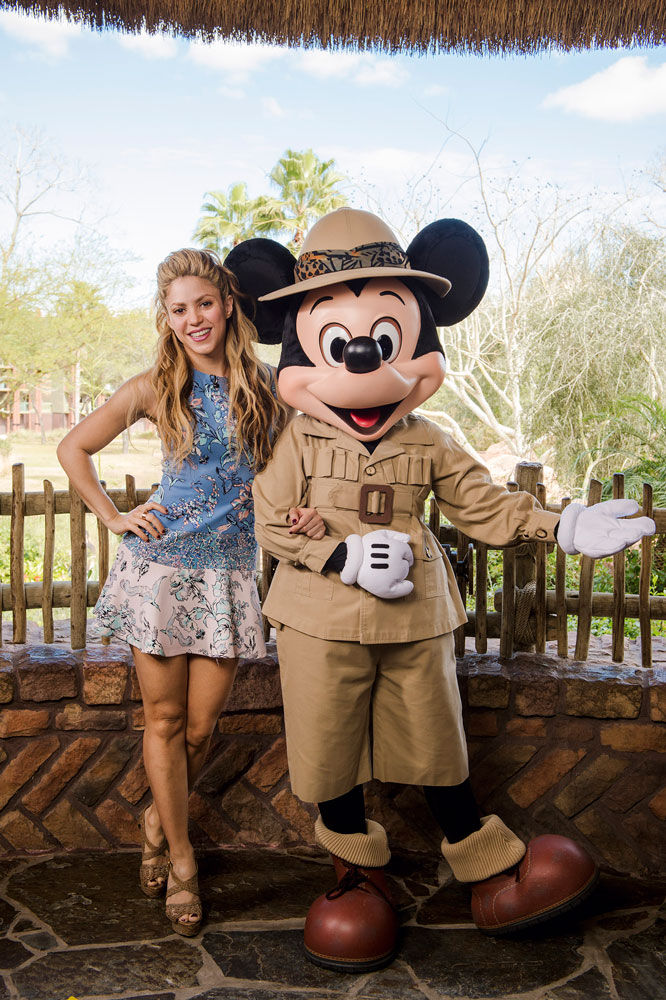 In the new animated Disney feature “Zootopia,” popstar Shakira plays Gazelle, a popstar who works to unite the animal residents of the metropolis in peace via dance and song. In real life Shakira is an activist for civil rights, providing schooling for impoverished children in her native Colombia.

While visiting Disney’s Animal Kingdom Lodge as part of the Press & Publicity tour for Disney’s Zootopia, Grammy Award winner Shakira posed with Mickey Mouse. The pop star also sings the very catchy new song “Try Anything,” featured in the film and available on the “Zootopia” soundtrack. You’ll leave the theater humming it and won’t be able to stop. It’s an ear worm, trust me.