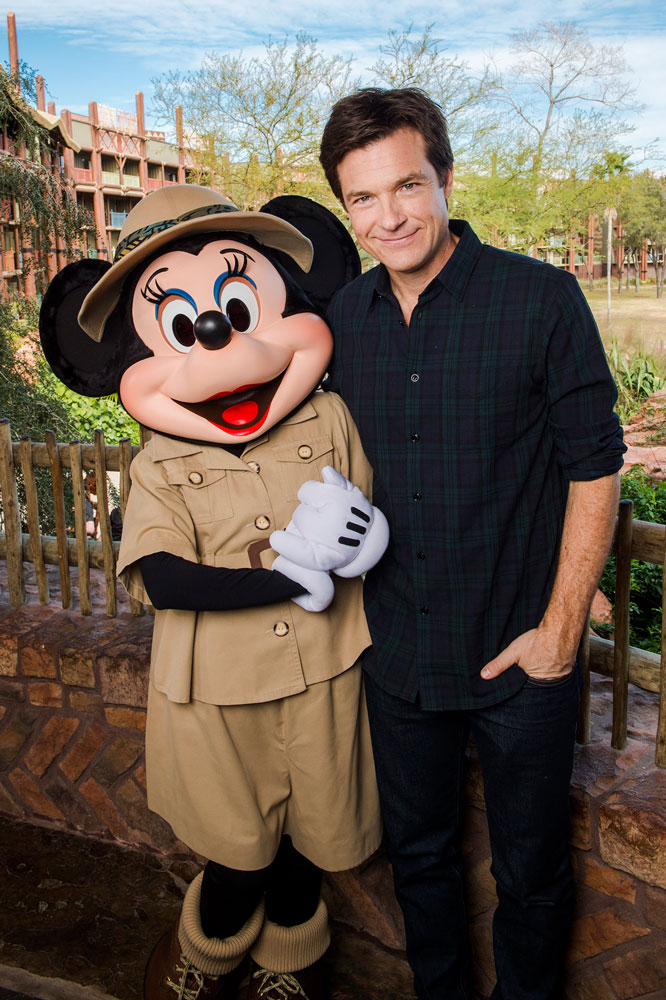 Jason Bateman is one of those actors who people used to say ‘what happenend to that guy,’ but as it turns out, he was there all along. Doing journeyman parts in a steady stream of TV shows and movies until his parts in Hancock and Arrested Development brought his work back to the forefront of public attention. With the addition of his own real life family, he’s moved comfortably into being America’s dad.

Bateman joins the Disney family in a fantastic way playing the fox character of Nick Wilde in Zootopia. He was photographed with Minnie Mouse at Disney’s Animal Kingdom Lodge while visiting the resort as part of the press and publicity tour for the animated feature Disney’s Zootopia.