Thanks to the 60th Anniversary Special for Disneyland we have new insight into what’s coming to both Anaheim and Orlando in the new 14-acres Star Wars-themed lands. The rich detailed concept art that was shown promises an immersive experience for Disney Parks guests.

Not only did we see the new concept art, the show had some ‘pre-viz’ video of what guests might see aboard the two announced attractions for Star Wars land. The first was a glimpse at what it would be like to board and pilot the Millenium Falcon, even taking on the First Order in battle. This looks like you’ll actually be in the cockpit of the famous fastest ship in the galaxy. Hopefully there are still a few tricks left in her.

The other attraction previewed as the promised encounter with the First Order that places you right in the middle of a battle between stormtroopers and Resistance fighters. I’m sure it will be exciting than ‘pre-viz’ video can show. But it does look like we’re finally getting the Disney theme park version of the Spiderman motion-based ride vehicle (also in use at the Transformers attraction at Universal). It’s a perfectly acceptable theme park attraction ride vehicle. I’m sure Disney Imagineers (with the help of Lucasfilm) will add their own particular brand of magic to it. I can’t wait to get more details on these attractions, but so far neither of these attractions sound all that life-shattering like we were promised.

Along with the attraction previews, a small handful of new concept art for the surrounding environments guests will be able to explore in the Star Wars themed areas. These do impress me and I can’t wait to explore a space cantina, dine at a Star Wars themed club, explore a bazaar on a distant planet, and visit a First Order base. 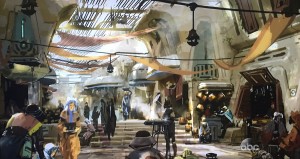 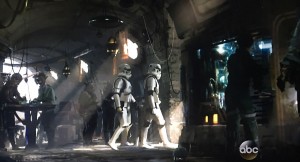 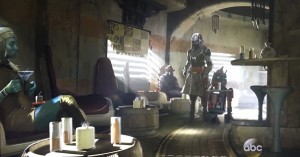 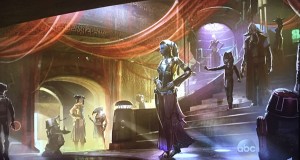 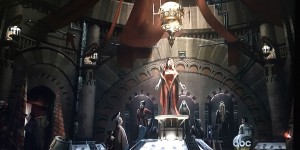 I’m a bit disappointed that we didn’t get the name for the land they’re building. Honestly, they need to come up with something better than the Star Wars Experience.

Combine what we learned this week with the concept art we saw before and I think it’s fair to say there’s a lot to look forward to. As to when we’ll actually get to visit these new Star Wars destinations? Officially there’s no opening timeline, the question is can they get it done to capitalize on marketing for the 2019 release of Star Wars: Episode IX.

Disneyland’s will likely open first (there’s less prep-work required to start vertical construction). I’ve heard they’re targeting sometime in late 2018 for Disneyland. Disney’s Hollywood Studios will likely not open until mid to late 2019. Both of those dates could change, however, these are mega-projects that Disney wants to make sure they get right.

Does three plus years seem like a long time to build a new land with two attractions to you?