Videopolis: Alex Boye puts his Africanized spin on “Under the Sea” 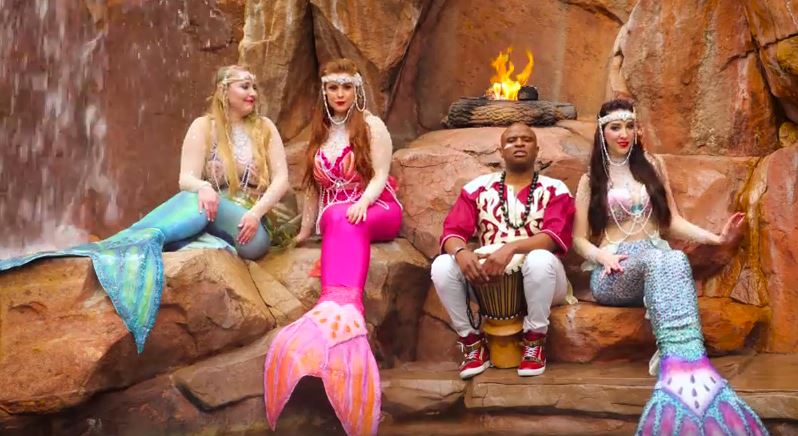 We last saw Alex Boye doing a fantastic tribal mashup of “Let it Go” from Disney’s Frozen. Today he’s back with an Africanized interpretation of “Under the Sea” from Disney’s The Little Mermaid. He’s also invited Captain Jack Sparrow in for a cameo just for kicks.

The video was filmed at Pirates cove in Boulder City, Neveda. The rapper was Maximo and Jack Sparrow was played by Jamey Anthony.

If you liked that video you may also like Boye’s cover of “Circle of Life” from Disney’s The Lion King released last January.

As always, please drop us a note if you find any videos you think would make great Videopolis candidates for The Disney Blog.