Alex Boyé covers “The Circle of Life” from The Lion King 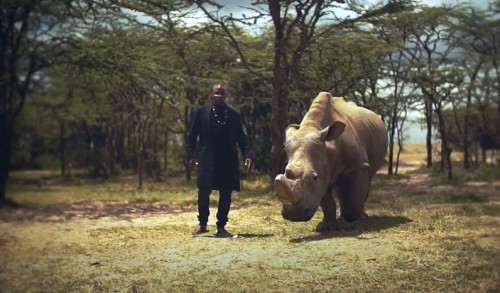 We last saw Alex Boyé when he was fronting my most favorite cover of “Let it Go” from Disney’s Frozen. You know, the one that featured African beats and the very talented vocals of 11 year-old Lexi Walker.

Well, Boyé is back and applying his unique musical style to a song from The Lion King. After getting requests from fans to do a cover of “The Circle of Life,” Boyé looked for the right opportunity to make it work. It came together when he was in Kenya doing some humanitarian work, including building a new school in Boyani.

He took the chance to film his version of “The Circle of Life” using real animals and, of course, a talented group of musicians. Today we feature it as our Videopolis:

If you read the notes Boyé released with the video, you’ll learn that ‘Suni’ the Rhino featured in the video recently passed away. That leaves just 6 White Northern Rhinos left in the world.