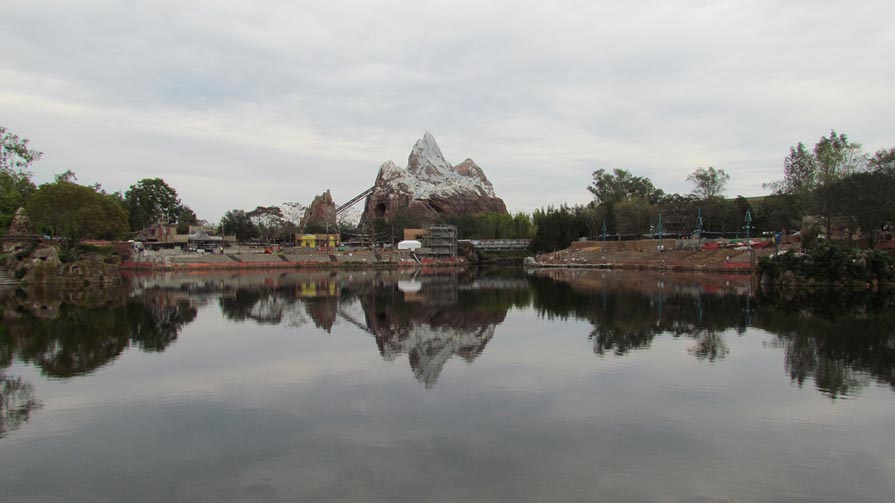 We continue our Disney’s Animal Kingdom update with a look at the latest progress along Discovery River. Imagineers are in the middle of transforming it into an arena for a new night time pageant called “Rivers of Light.” With barges and boats capable of projection, lighting, and carrying performers, the show promises to elevate night time performances at Walt Disney World to a new level.

It looks like workers have been clearing the lagoon of barges and other work boats at night, which makes me suspect Disney has already started testing running the performance barges at night.

Below is video and some photos taken on a recent visit to the park.

There’s quite a bit of infrastructure that has gone into building the arena, we look at that and more in our photo galleries: 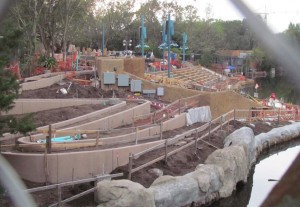 A wheel chair ramp leads down on the Dinoland side 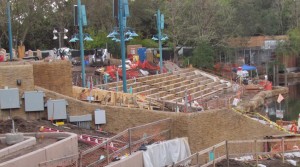 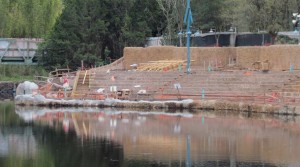 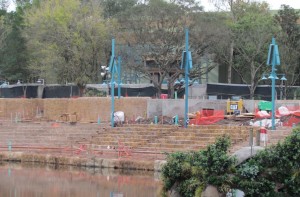 Painting on the more earthy color 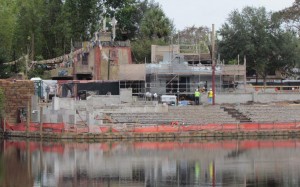 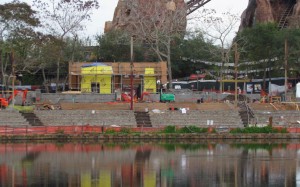 More from Everest side. Looks like some standing room at the top

Please continue on to the next page for 20 more photos from the construction: