Has “Star Wars: The Force Awakens” awoken a passion for more Star Wars in your life? If so, you should be watching the Disney XD animated series “Star Wars Rebels.” The show is in the middle of its second season and if you’re not watching it, you’re missing some of the best Star Wars storytelling in the galaxy.

Get a glimpse of what’s to come in the second-half of Star Wars Rebels season two in this thrilling mid-season trailer featuring Ezra, Kanan, and Ahsoka, along with returning friends and foes.

If that trailer wasn’t enough for you. You have to watch the return of Princess Leia in “A Princess on Lothal” the first episode in the back-half of the season. Here’s the synopsis and a brief preview 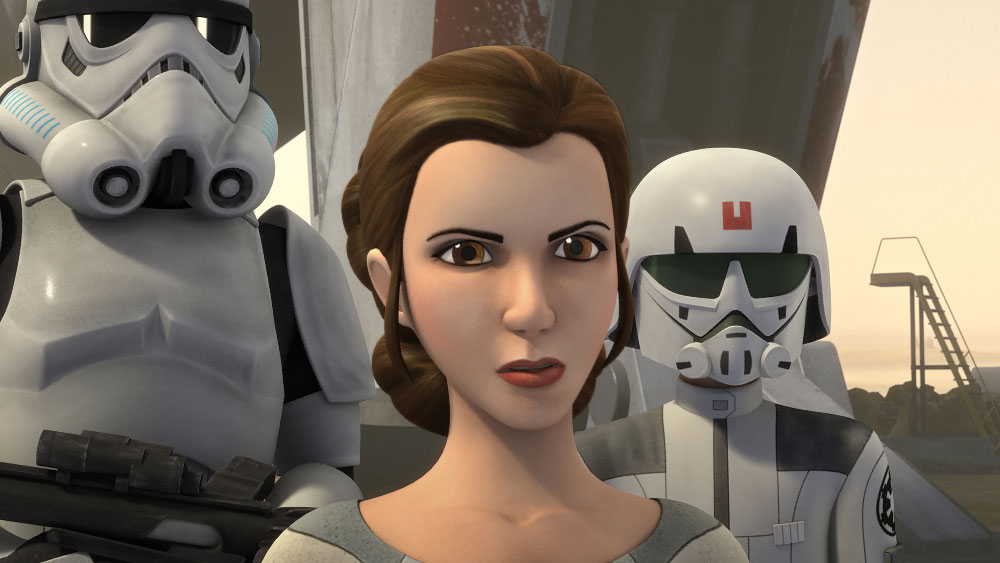 “An aide to Bail Organa (Princess Leia Organa) is sent to Lothal with ships for the rebel fleet, but an Imperial lockdown forces the rebels to create a new plan to steal the vehicles.”

It’s going to be a spectacular second season of Star Wars Rebels. Darth Maul, Darth Vader, Princess Leia, and more lightsabers than you can shake a stick at. It’s going to be a thrilling ride. Will you be on board?