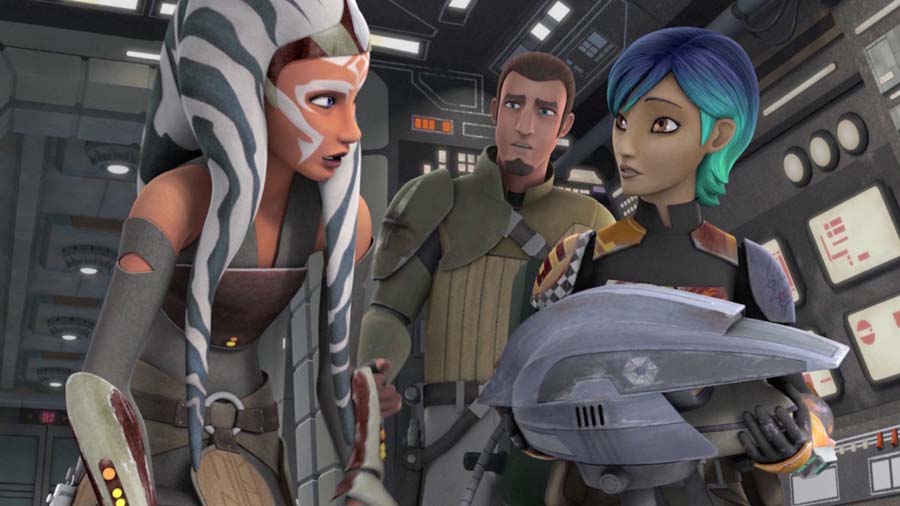 Star Wars Rebels launched the second half of its season with great acclaim for an episode that featured Princess Leia showing up with some ships to aid the still growing rebellion movement. We got to see some great Jedi action from Kanan and Ezra and Princess Leia showed that she was in command, even before she had officially joined the rebellion as a leader.

But if there’s one character we’ve all been dying to learn more about it’s Sabine. We did meet her sister in “Blood Sisters” earlier this season. Looks like we’ll finally get to learn a lot more in the up coming episode: The Protector of Concord Dawn.

In this preview of the Star Wars Rebels episode “The Protector of Concord Dawn,” Sabine is cornered by a group of armed Mandalorians forcing her to reveal her parentage. Though the details of her history may have earned her some new enemies…

Sabine really does deserve some more character development. I hope we get it. The Protector of Concord Dawn will air January 27th on Disney XD.