Disney’s Animal Kingdom is in the middle of a massive transformation and no part has been left untouched. Today we visit Eight Spoon Cafe, a favorite location on Discovery Island with a new name, new look, and some upgraded menu items to please the soul.

The former “Beastly Kiosk” has been painted with a fresh color scheme and renamed the Eight Spoon Cafe, a tribute to the eight appendaged octopus that adorns the kiosk’s front. The menu now includes two pasta dishes, including what looked like a rather yummy Baked Lobster Mac & Cheese, which we decided to try for lunch. 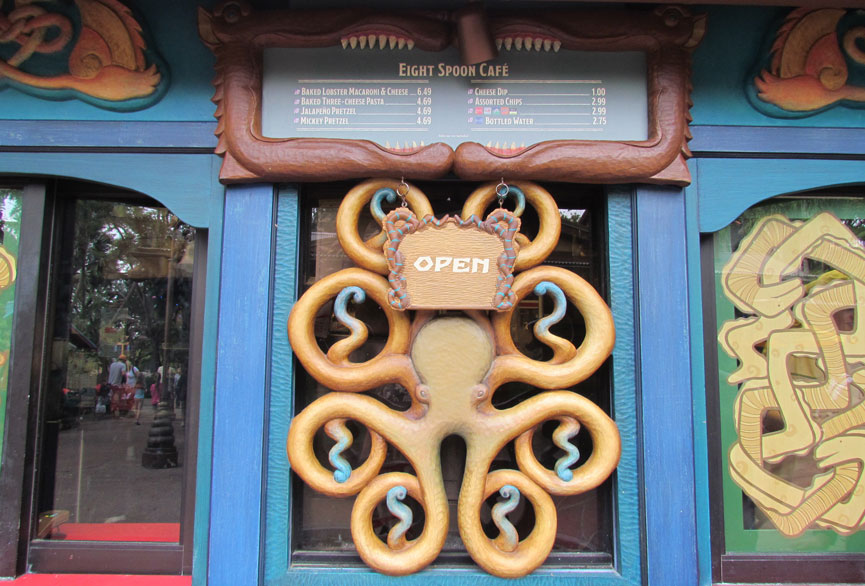 Ordering was quick. The dishes are baked in the kiosk but a they’re kept in a warmer to be ready when ordered. Portion size is smaller than the gourmet mac and cheese found at the Magic Kingdom, but then the price is lower too. 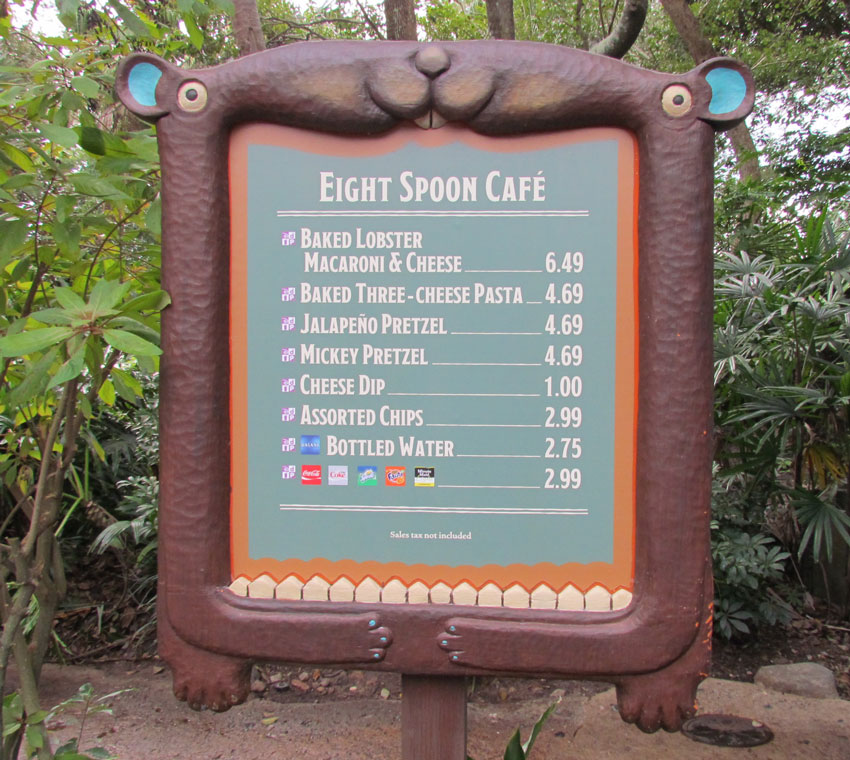 We picked up our Lobster Mac and headed over to the nearby Flame Tree BBQ seating area to dine al fresco while we soaked in some of nature’s beauty. By the time I was served it, my dish had probably been sitting in the warmer for just a bit too long. The cheese, while still gooey, had become a bit overcooked and the lobster was tougher than I liked. But there was a rich taste and a good amount of Lobster bits to enjoy. Based on the price and portion size I was expecting to be disappointed, however the opposite was true. The richness was enough to give me a feeling that I had already eaten enough. Just ask for one of the freshly baked ones and you’ll be fine. The Eight Spoon Cafe makes for a good alternative order when your friends want to eat at Flame Tree BBQ, but you crave something a little different or for anytime you’re feeling a bit indulgent.

previousAlan Rickman, legendary stage and film performer, dies at 69
nextHow they did it – Visual Effects in Star Wars: The Force Awakens