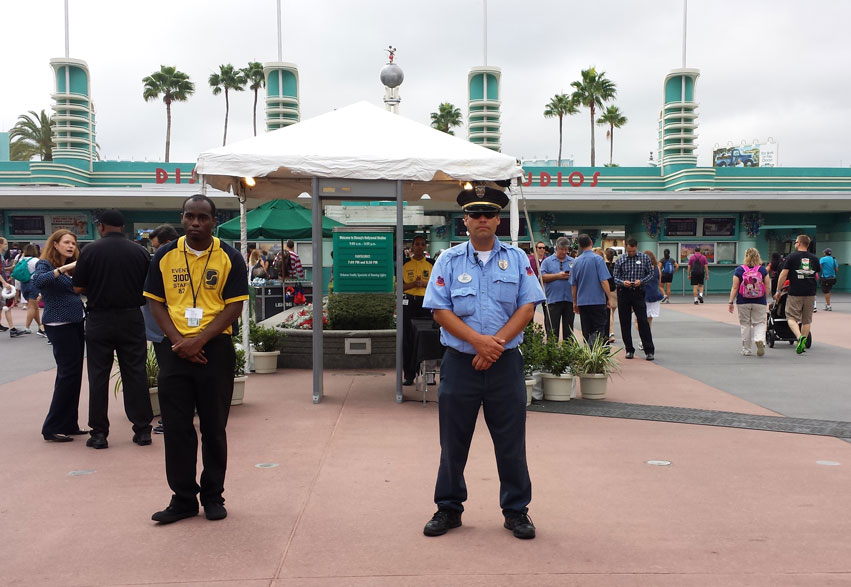 Just before the busy holiday season got underway in Orlando, Walt Disney World and Universal brought in outside security company to run metal detectors outside the park’s main entrances & SeaWorld started using handheld wands.. Since then, the parks have continued to randomly scan guests as part of enhanced security protocols.

This system has been running for nearly a month now and according to multiple reports, the parks are looking to make it a permanent change and staff it with their own people. That means all the parks will be hiring more security personnel.

Other security changes include new restrictions on what can be brought into the parks (no toy guns, no costumes on adults, etc) and additional patrols by local law enforcement.

A similar change was made at Disneyland in California.

This is the new reality brought on by the potential of terrorism happening anywhere. The good news is, the United States is safer in terms of violent gun crimes, but the bad news is mass shootings are on the rise.

Do you think the increased security from Disney and other parks will be effective? Does it make you feel safer when at the parks?