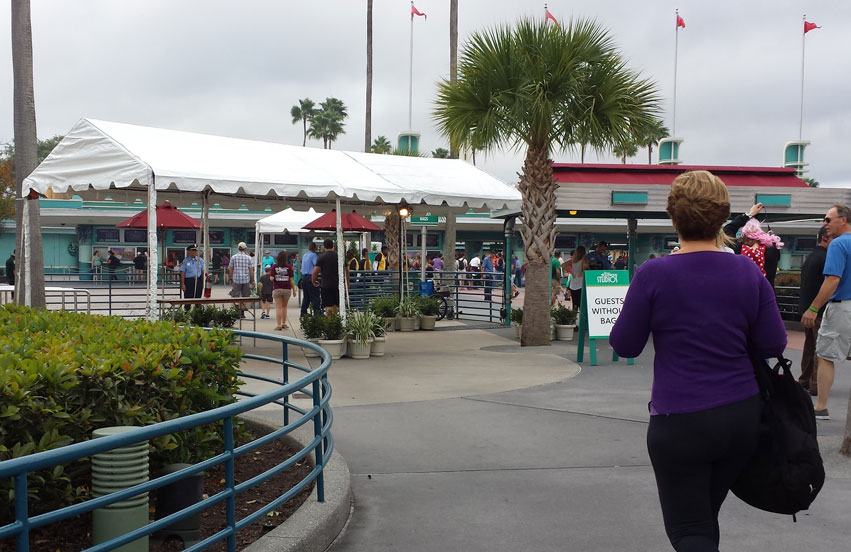 Disney has long struggled with balancing the right amount of security measures with maintaining a ‘happy place’ for guests. Discussions at the highest levels have been underway for years, but after recent events in the US and the World have caused the resort to act now.

The parks have always had some combination of costumed and plain clothes security. Originally they were mostly to prevent shop lifting and monitor behavior in the park (you know, like dancing too close or with members of the opposite sex (yes, that happened)).

In the late 90’s, Disney’s parks started implementing bag search to keep glass containers, knifes, and what not out of the parks, but really just as security theater. This procedure really only keeps out items accidentally brought in by people who don’t know the rules. Any determined visitor could still bring in pretty much what they want on their person. But, hey, if guests feel safer, there’s something to be said about that, right?

According to sources at the parks, Disney has recently started to kick the security up a few notches.

A Disney spokesperson released the following statement, “We continually review our comprehensive approach to security and are implementing additional security measures, as appropriate.” Side entrance was closed this morning, but looks like it might open later. Has its own scanner 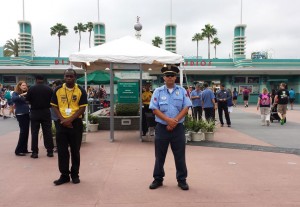 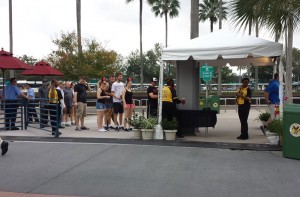 I have noticed increased security at my last few visits. Not enough to make me feel uncomfortable, but definitely more obvious. I’m sure there’s stuff going on that I can’t see as well. I’m no security expert, but I do know theme parks. I wish Disney was doing more awareness about this so guests arriving at the parks aren’t caught unaware of new procedures or limits on costumes (just recently I saw a Dad and his daughter walking around in full Darth Vader and Princess Leia costume in the parks… that would no longer be allowed, but would they have been aware of that?).

I know that some locations (like AMC theaters) had considered completely banning bags and backpacks. But how would that even work? It’s located in the middle of a shopping mall and half its guests arrive via bus from their hotels.

To be honest, Disney is a target and if someone wanted to do something nefarious, there is little Disney could do to stop them. There are so many choke points outside of security where if an attack happened the headline would still be “Tragedy at Disney.” That said, I’m not going to let it change my behavior. I’m convinced that it’s important to the cause of freedom and liberty that we live our lives just as we would if there was no threat. Yes, be more alert, but show up just the same.

How comfortable are you with security at Walt Disney World? Is it something that you think about before deciding whether to book a vacation?