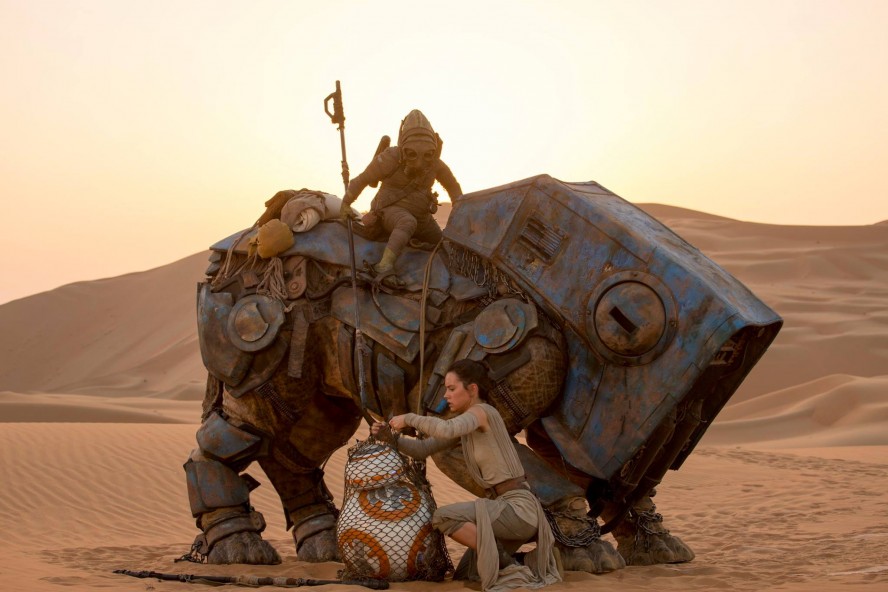 Update: The Force is really with Disney. “Star Wars: The Force Awakens” has collected an estimated $57 million at the box office just on domestic Thursday night showings. That beats the $43.5 million record set by “Harry Potter and the Deathly Hallows: part 2.”

“The Force Awakens” opened on more than 4,100 theaters and is trending toward a 4 day total north of $230 million (which would beat Jursassic World’s current record of $208.8 million).

If you saw the film on an IMAX screen you were part of the largest Thursday night opening record for IMAX too. “The Force Awakens” took in $5.7 million on 391 IMAX screens almost doubling the previous record.

I’m sure you won’t find this difficult to believe, but “Star Wars: The Force Awakens” has only just been released and already it’s broken a box office record. Fandango, the online ticket re-seller, has announced that “The Force Awakens” now holds the record for the most tickets sold for any film. Not just pre-sales, but for the entire theatrical run. That’s pretty incredible. Overall, it’s estimated to have earned more than $100 million in pre-sale tickets in North America alone.

Don’t cry for Disney yet, most fans plan to see the movie more than once in theaters. And most theaters plan to devote multiple theaters to showing “The Force Awakens.”

Still not convinced you need to run out and see Episode VII as soon as possible. Check out these three new behind the scenes featurettes release by Lucasfilm:

A look at stunt-work in the film

BB-8 started as a sketch by JJ Abrams. This featurette focuses on the charismatic droid

I challenge you not to love BB-8 too.