Big news from The Walt Disney Company and Shanghai Shendi Group. According to an announcement made today, the Shanghai Disney Resort will host a multi-day, grand opening celebration, culminating in a spectacular welcoming ceremony for the resort’s first official guests on June 16, 2016.

“When it opens in June, Shanghai Disney resort will be a one-of-a-kind, world-class destination that is authentically Disney and distinctly Chinese,” said Bob Iger, chair and CEO or The Walt Disney Company. “The resort reflects Disney’s legendary storytelling along with China’s rich culture and showcases some of the most creative and innovative experiences we’ve ever created. We’re looking forward to showing it to the world and sharing it with the people of China for generations to come.”

The resort, located in the Pudong District of Shanghai, will be Disney’s first destination resort in mainland China, featuring classic Disney storytelling and characters with all-new experiences tailored for the people of China. 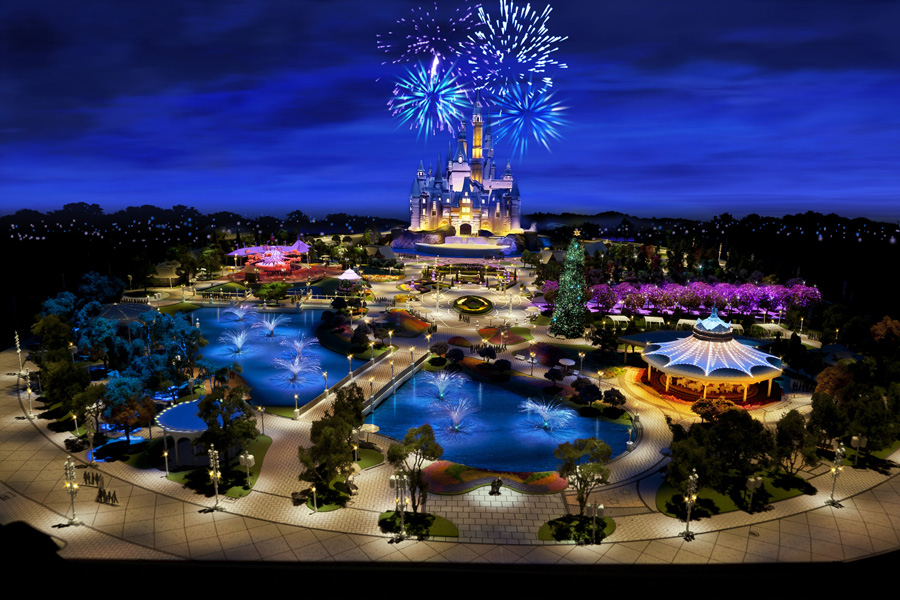 It looks like Disney plans to open the main “Magic Kingdom” gate with only some of the attractions open. The scuttlebutt is that some of the contractors, Disney was forced to hire by the local government took their money and didn’t do much work, or did work that was so sub-standard that Disney had to basically start from scratch.

I’m not sure opening without the vast majority of rides ready is a good move unless they somehow limit the number of guests who can visit each day to the parks operational capacity for that day. Otherwise, word will get out that it’s not a full day experience or that the lines are just too long.

On the other hand, waiting too long to open wouldn’t be good either. So Disney’s stuck between a rock and a hard place on this one.

On opening day, Shanghai Disney Resort will include:

Shanghai Disney Resort broke ground in 2011 and has celebrated numerous construction milestones since then, including the topping off of the iconic Enchanted Storybook Castle in spring 2015. In October, the resort kicked off the first of several large-scale job fairs aimed at ultimately recruiting thousands of cast members from across China to provide Disney’s legendary service to guests on opening day.

The resort represents the largest foreign investment project in Shanghai, and one of the largest foreign investments in the history of China. The opening of Shanghai Disney Resort will mark a key milestone in the development of tourism in Shanghai, changing the landscape of the industry and delighting guests for generations to come. It also marks another major milestone for Disney opening it’s 12th main theme park around the globe.

Are you making plans to visit Shanghai Disneyland during its inaugural year?