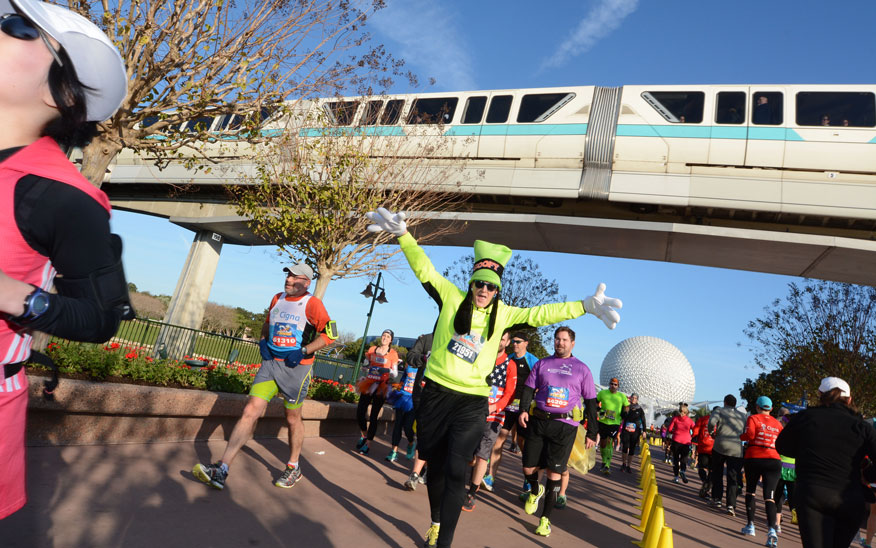 Runners planning to participate in one of runDisney’s popular runs or challenges may have to rethink their wardrobe as the company has just issued new costume and safety guidelines that are more inline with the stricter security that was implemented at Disney’s domestic theme parks late last year.

With the first big race of 2016, the Walt Disney World Marathon (and its associated events) this weekend, it may mean some last minute scrambling to find new running outfits for participants. Among the garb that is now prohibited would be Star Wars Jedi Robes, full body costumes, props that wrap around the body, and items that resemble weapons.

While some costumed attire is okay during the races, guests 14 years and older still can’t wear costumes in the parks. So you’ll have to change after your race if you want to re-enter a park later that day.

As a race observer, I must say I’m a bit disappointed the more elaborate costumes will no longer be allowed. However, there is still a wide-berth allowing for a lot of creativity in dressing up for the race. Sure, you won’t be able to dress up like Han Solo in the parks, but you’ll be okay in the race. Want to be Tinker Bell? Try the DisneyBound route instead of Cosplay and you’ll be ok.

runDisney has become an important driver of attendance in the slow-season for Disney. I’m sure they’ve thought over these rule changes very carefully. Read all the new rules and restrictions over at runDisney.

If you’re a runDisney participant will this change your decision to join future races?