Going DisneyBound at the Parks 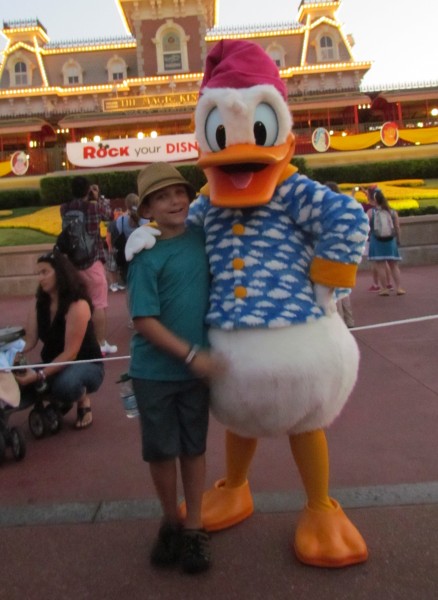 DisneyBound started off as this awesome tumblr where Leslie Kay assembled outfits designed to give the appearance or traits of a Disney character, without going the full 9-yards that Cosplay usually requires. In theory, you could wear any of the outfits Kay assembled out in day to day life and no one would know you were channeling your love for Disney unless you told them.

Lately, it’s jumped the blog into real life. For instance, while there were many guests in costume at the Rock Your Disney Side 24 hour party at the Magic Kingdom, a significant number of them went DisneyBound – including my son, pictured above. (Can you guess which character he was dressed as?) Other events that feature some creative DisneyBound fashion include the Dapper Days at the parks.

Have you #DisneyBound at the parks or in real life? Has anyone ever come up to you and asked if you were doing it? I’d love to hear stories or see photos of your Disney Bound experiences.

1 thought on “Going DisneyBound at the Parks”