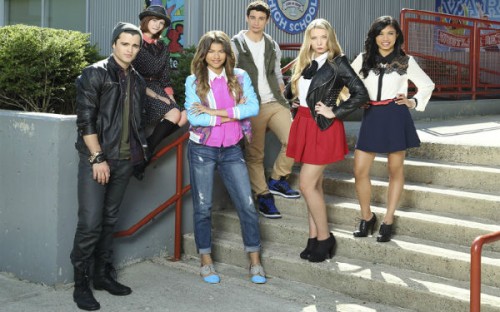 The Disney Channel has announced that teen actress/singer/dancer Zendaya will headline the upcoming made-for-TV movie, “Zapped.”

She will play 16-year old Zoey Stevens, a skilled dancer and straight-A student who is having a hard time adjusting to her life with a new step-dad and three step-brothers. Throw in a new high school, a new and klutzy dance squad, and an unruly dog, and Zoey is at her wit’s end. But things change when a dog training app on her smart phone begins to somehow control all the boys around her.

Zendaya is best known for her work on The Disney Channel series “Shake It Up,” as well as a recent stint on “Dancing With the Stars.”

Watch a preview trailer for “Zapped” at The Disney Channel website.