Neil deGrasse Tyson answers if Pixar’s The Good Dinosaur could have actually happened? 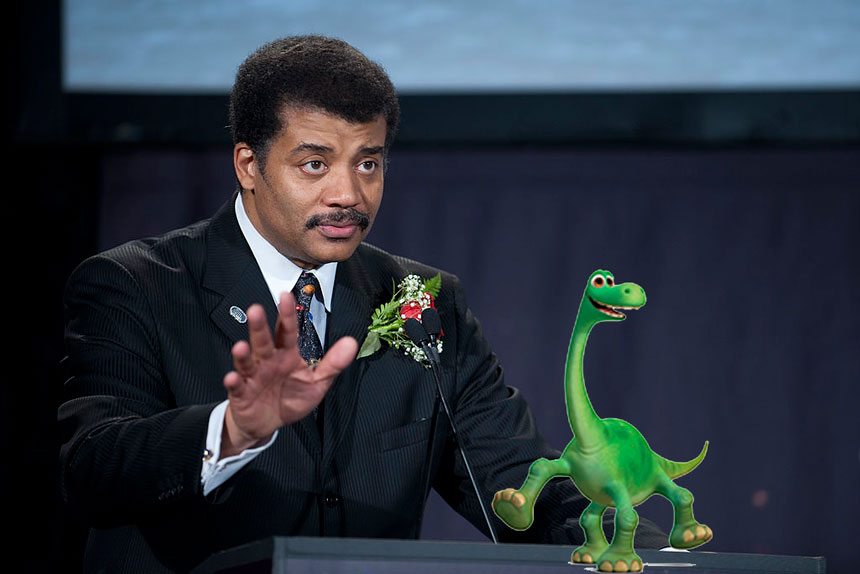 The new Pixar movie “The Good Dinosaur” posits what would happen had the giant dinosaur killing K-T asteroid had missed the earth instead of impacting and setting of a global catastrophe that caused the giant animals to die off. It’s a fun idea that Pixar plays to beautiful effect in the film. But could it happen, scientifically speaking?

That’s the question answered by astrophysicist Neil deGrasse Tyson in the following video:

According to Tyson, if 65 million years ago, the asteroid skipped by the Earth instead of impacting it, it’s likely that mammals would never have had the space, ecologically speaking, to evolve into large animals. So Spot and Arlo would never have met up. However, if by a fluke in nature, all the large dinosaurs died of on one continent, it’s possible that mammals could have evolved there and dinosaurs elsewhere. Then all it would take is a bit of migration to make the movie a reality.

So mythbusters, it is plausible, but only if certain evolutionary conditions were met. But don’t let that ruin your enjoyment of the film. I saw it last night and it’s another emotion filled story like only Pixar can tell. I’ll have my full review up in time for its Thanksgiving premiere in theaters.