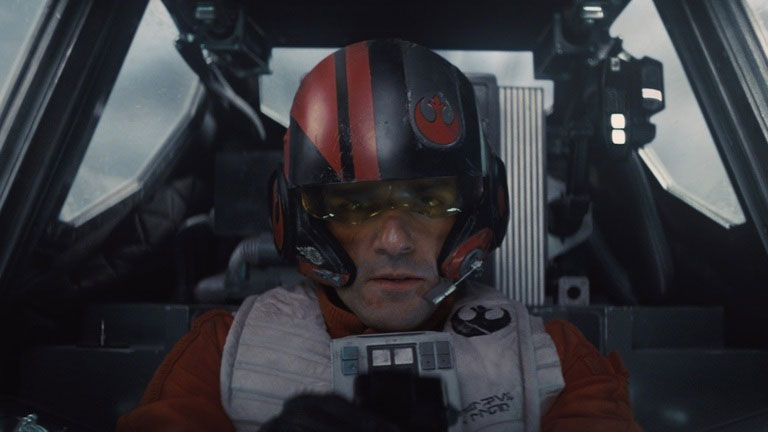 With the final version of “Star Wars: The Force Awakens” officially in the can, the promotional marketing campaign is about to turn the dial up to eleven. Last night during the American Music Awards there was a special performance of the Star Wars theme featuring the vocal talents of Pentatonix.

A new clip featuring Finn & Reys attempt to escape from Jakku was released last night during the AMAs. It’s only 16-seconds long, but it’s full of explosions

Also released was a short TV spot for Episode VII. This one featuring a few new X-Wing pilots preparing for an attack run on some TIE-fighters.

The clip features Poe Dameron (Oscar Isaac) and his Blue Squad and Red Squad pilots, Jessika Pava (aka “Blue Three”) and Nein Numb from Return of the Jedi.