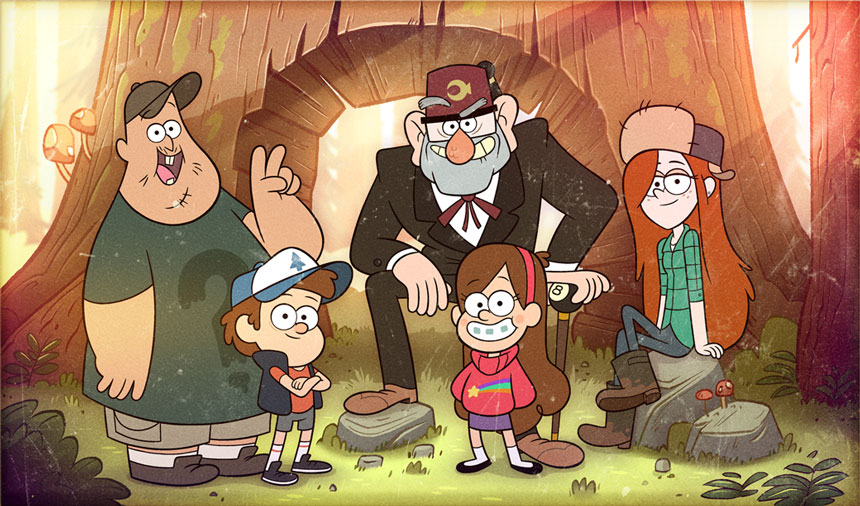 Normally the Disney Channel likes to wrap up its popular animated series right around 100 episodes. That’s just about 5 seasons and a couple of special episodes. Fans of Disney XD’s Gravity Falls who were hoping for a similar run were disappointed over the weekend when the series creator announced the show would be ending after just two seasons and a 1-hour long special.

“I always designed Gravity Falls to be a finite series about one epic summer – a series with a beginning, middle, and end,” said Alex Hirsch, series creator. “There are so many shows that go on endlessly until they lose their original spark, or mysteries that are cancelled before they ever get a chance to payoff.”

Hirsch continued, “But I wanted Gravity Falls to have a mystery that had a real answer, an adventure that had a real climax, and an ending that had a real conclusion for the characters I care so much about. This is very unusual in television and a pretty big experiment, and Disney for their part has been enormously supportive. I know that hits are rare in this business, and its hard to let one of them go, so I’m so grateful that this company has had the vision to let me start (and end) the show the way I always wanted to.”

The news has been generated reaction by a lot of the show’s fans including some very big names, like Guillermo del Toro:

@_AlexHirsch IMO one of the best realized, most compelling series around. You are ending it at the very top of your form.

Hirsch wrote more about this on his tumblr blog.

I know there will be some sad faces around our home, but we will have two perfect seasons to watch. How are you handling the news?