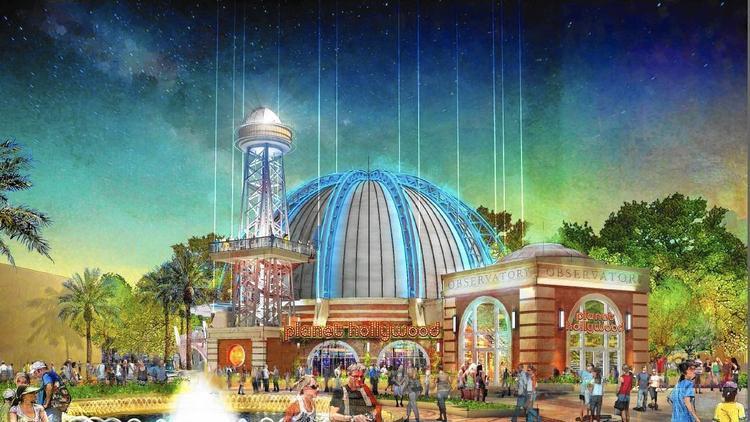 As was previously announced Planet Hollywood will close to become Planet Hollywood Observatory, a four-story astronomy themed restaurant at Disney Springs. They’re planning to do this in 6 months, but unfortunately that will result in the layoff of 468 employees around mid-January.

Really, this should surprise no one. Hopefully not the employees of Planet Hollywood for sure. Unfortunately, there’s no way good way for a transition like this to go down. Yes, Planet Hollywood could have paid them for six months to do something else, there are no other local restaurants owned by Planet Hollywood, so perhaps a roving force for good at local non-profits, but that’s just not how business works these days.

Robert Earl, who co-founded Planet Hollywood with celebrity stockholders Bruce Willis and Sylvester Stallone, has done a lot for charities in this community. There are a lot of service employees who are just a few checks away from serious issues. Let’s hope the company is doing something for them besides just showing them the door and priority re-hire status in 6 months.

I’m definitely looking forward to an update to the Planet Hollywood experience. There should be a new menu and some new interior decor too. It would go over easier knowing that the company is taking care of its own.

previousAll the Star Wars: The Force Awakens footage in one super-duper trailer
next5 Franchises Disney should consider buying (or at least renting)