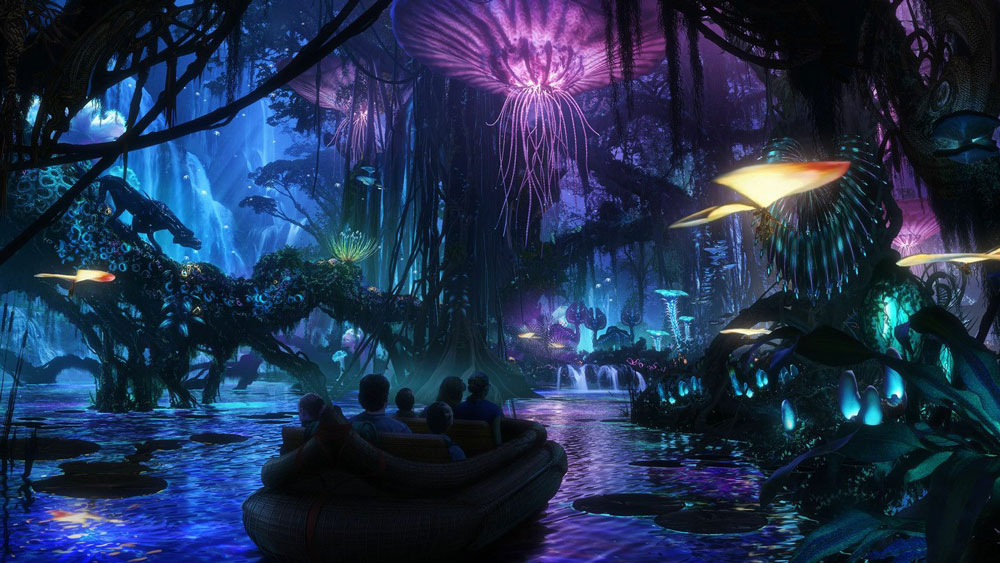 The next big project to open at Walt Disney World will be at Disney’s Animal Kingdom. The expansion of Pandora – The World of AVATAR is expected to completely immerse guests in the word created by filmmaker James Cameron.

We know there will be two major attractions in the themed land, a banshee ride where you get to Soar over the planet and a boat ride that takes a more gentle romantic pass through the bioluminescent rainforest of the planet.

Thanks to a presentation at D23 Expo Japan we now have a bit more detail about that ride as well. Along with this new concept art:

Pandora – The World of AVATAR will bring a variety of new experiences to Disney’s Animal Kingdom, including a family-friendly attraction called Na’vi River Journey. The adventure begins as guests set out in canoes and venture down a mysterious, sacred river hidden within the bioluminescent rainforest. The full beauty of Pandora reveals itself as the canoes pass by exotic glowing plants and amazing creatures. The journey culminates in an encounter with a Na’vi shaman, who has a deep connection to the life force of Pandora and sends positive energy out into the forest through her music.

If you look close at the new concept art, you’ll see Na’vi walking by the side of the river along with some of their equine equivalents. I wonder if they’re leading us to the shaman? 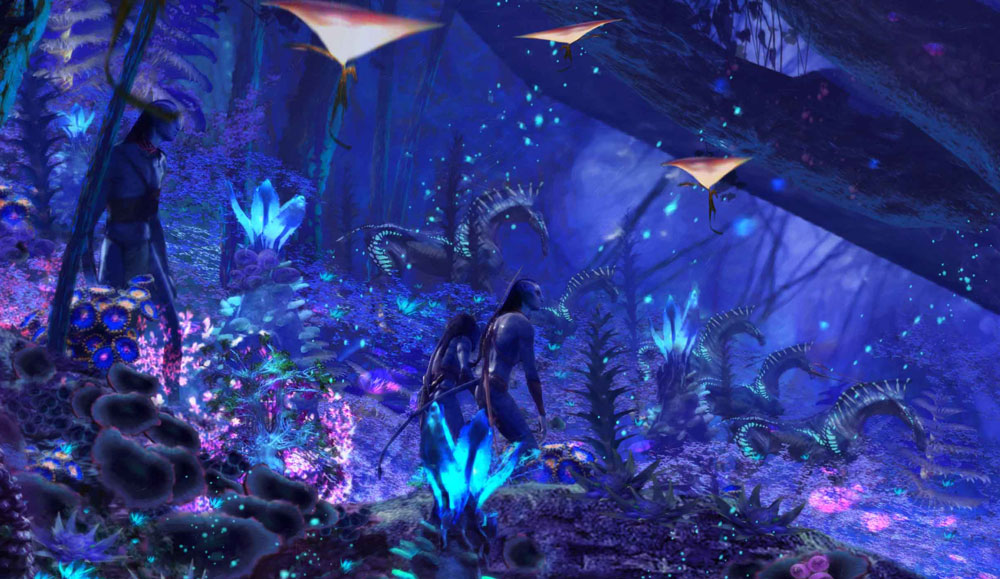 Na’vi River Journey will open with Pandora – The World of AVATAR in 2017. Still no exact date, but I’m excited to think it’s getting closer. How about you?