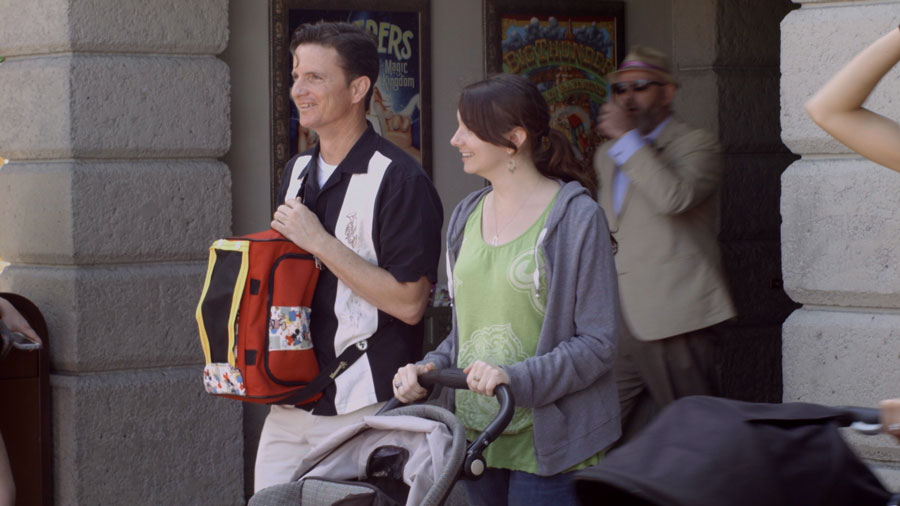 About a year about The Disney Blog’s twitter account was followed by a parody twitter account named @WaltsFrzenHead. I thought it was a clever joke on the urban legend that Walt Disney had his body cryogenicly preserved. We know it’s not true, his ashes are entombed in Glenda, CA, but what if it was.

Turns out that parody twitter account was some early guerrilla marketing for a new film that takes the urban legend and takes it to its illogical conclusion.

“The Further Adventures of Walt’s Frozen Head” promises to be a quirky comedy about the unlikely friendship between Peter, a low level theme park employee, and the preserved head of Walt Disney. During his yearly dethaw to check in on the direction of the company and guard his creative legacy, Walt demands to see his creation – Walt Disney World. When modern day management scoffs at the idea, he recruits Peter for an adventure. 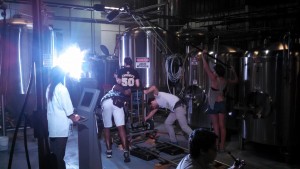 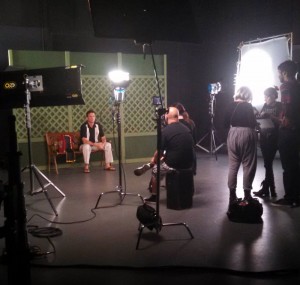 Significant portions of the movie were filmed on Walt Disney World property without the knowledge of the Walt Disney Company. This is getting to be a bit of a trend, but with the ubiquity of digital cameras it’s almost impossible for Disney to prevent. Also, considering Disney didn’t attempt to stop distribution of the dark comedy “Escape from Tomorrow.” I don’t see them putting up much of a fuss for this one.

Looks like there will be some great humor, a bit of much needed parody, and a fun story to boot. Disney fans can be protective of Walt’s Legacy, so I’ll reserve judgement until I see the whole film. But I’m at least intrigued.

We asked writer and director Benjamin Lancaster about the production:

What is your background with Walt Disney World and the Disney Company?

I’ve always been a huge Disney fan, but I’ve never worked for the company. Growing up in Missouri, Walt was not only the American icon, but also a local folk hero. My family took two WDW trips when I was a kid (I was 5 and 7) and the next ten years were spent with me reading every book I could about the place.

Where did you get the idea for this story and how long did it take you before you put it into production?

I started developing the script for the film in later 2013. It started as a joke, but when I started thinking about the character, and specifically what it says about a person who would choose to preserve themselves and why so many people, based on the popular presentation of Walt would believe it, I knew I had something more than just a one-off joke.

Why did you choose to film surreptitiously inside the Walt Disney World Resort and did you take into consideration that Disney might ask you not to?

For us, filming in WDW was the only way to tell the story. It about Walt’s first trip to see the park he only dreamed of. We couldn’t recreate that. Having the production shut down was always a possibility, but that was the risk of telling this story.

When did you come up with the idea for the Twitter account and how do you think it will help you promote the film?

I started the twitter account shortly after we decided the movie was happening. Early on, it was to build a fan base who would hopefully help partial fund the film with the Kickstarter campaign. But it also served the purpose of proving to the online community that this film was being made by people who share with them a legitimate love of the work and legacy of Walt.

Will you be seeking theatrical distribution or do you have another plan for getting it seen?

Yes and no. We certainly will entertain offers, but our plan right now is to self-distribute, including four-walling in several cities. That being said, if Universal calls…

Anything else you want to add?

Just that we are making a film for the Disney fan community. We think more people that than will be interested, but we know that we need to make sure it’s right with our primary audience first.

Thank you for your time.

The movie is still in production and completion is expected in Spring of 2017.