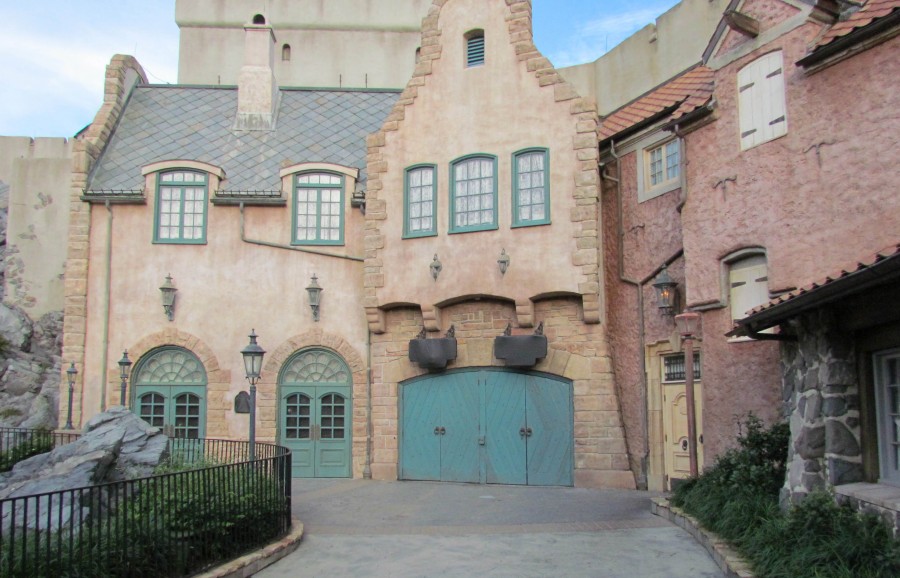 Disney is rushing to capitalize on the mega-hit “Frozen” movie franchise by adding an attraction “Frozen Ever After” and a meet and greet to the Norway Pavilion. Alas, you can’t see anything of what’s happening in the show building for the former Maelstrom attraction from onstage, but we do have a good look at the meet and greet buildings.

Even though we can’t see inside the show building, we did learn a few new details about the Frozen attraction boat ride this week.

Rather than retelling the events of the movie, it will bring us into another moment in the lives of the characters. It will take place during the summer celebration when Queen Elsa users her magical powers to make it snow.

The attraction will use a combination of sets, screens, and new-styled animatronic figures. Similar to those used in “Seven Dwarfs Mine Train” the figures will feature “rear-projection technology” to give the faces more realistic look and feel.

Returning to the attraction are the original Viking boats (refurbished) and the water flume (only slightly updated). Expect to hear the songs, “Let it Go” and “Do you want to build a snowman?” along with other music from the movie.

“Frozen Ever After” is currently scheduled to open in early 2016.