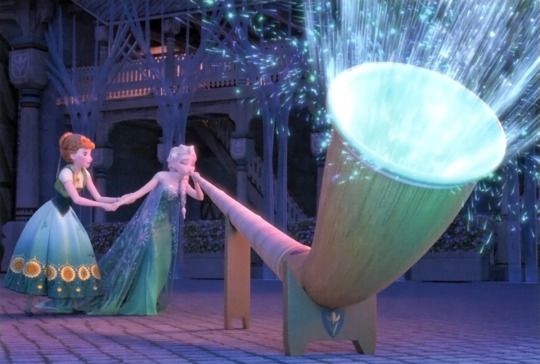 A newly released TedxArendal talk tells the magical journey of one artist from a farmhouse in the Norwegian mountains to a featured musician in Disney’s animated feature “Frozen” – its biggest box office hit ever.

Sissel Morken Gullord learned to play the Bukkehorn, the oldest instrument in Norway, and was discovered by composer Christopher Beck as he was looking for unique authentic sounds for his soundtrack to “Frozen.” The talk features Gullord explaining how her music came to be featured in the film, and she demos the unique instruments.

That’s was both tranquil and majestic. This talk was given at a TEDx event using the TED conference format but independently organized by a local community.

The instrument, also known as the Billy Goat Horn, was featured in at least three songs of the soundtrack — The Trolls, Royal Pursuit, and Elsa Imprisoned. See if you can identify it:

I wonder if EPCOT will invite Sissel Morken Gullord out to play her beautiful music for the grand opening of “Frozen Ever After”, which is scheduled to open in 2016.