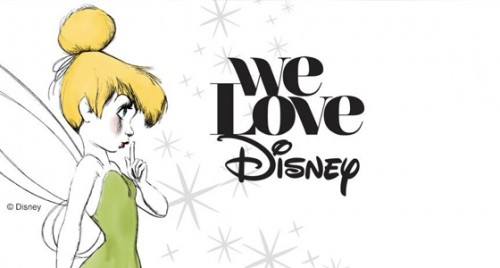 Disney and Verve Music Group have released a compilation album titled We Love Disney. We Love Disney brings together some of the most talented names in music to perform their own renditions of classic Disney songs. This will be the third Disney compilation from Walt Disney Records and Universal Music Group. The first album was released in France in 2013, and the second album was released in Australia last year. After the international success of those two albums, Universal and Disney have teamed up again to bring We Love Disney to the United States.

We Love Disney features names like Jessie J, Tori Kelly, Ariana Grande and Jason Derulo. A wide variety of genres are included such as pop, country, R&B, rock, and more. This album has some of our favorite Disney songs that are recorded in ways that are unique to each individual artist. You can check out the full tracklist and a video of Tori Kelly’s beautiful rendition of “Colors of the Wind” below.

Here is the full tracklist:

We Love Disney is now available in stores and online at Amazon, iTunes and the Google Play Store. I love that there’s a vinyl edition too.

Do you see your favorite Disney song on the tracklist? Which songs are you looking forward to hearing the most?