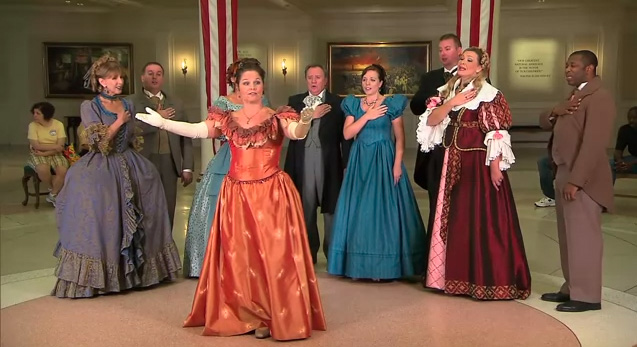 I’ve been charmed by her voice for years, but I am just one of the millions of guests who she has touched over the years. Debbie Johnson was a member of Voices of Liberty – Disney’s renowned A Capella group – one of the original Disney cast members from the opening of EPCOT in 1982. Now she’s ready to retire and is nearing the final coda of her time with the Voices of Liberty. She shares some of her memories with on the Walt Disney World in the Community Facebook page.

The Orlando Sentinel also has a nice interview with Johnson.

And here’s Debbie and the Voices of Liberty singing a “My Country, ‘Tis of Thee”: