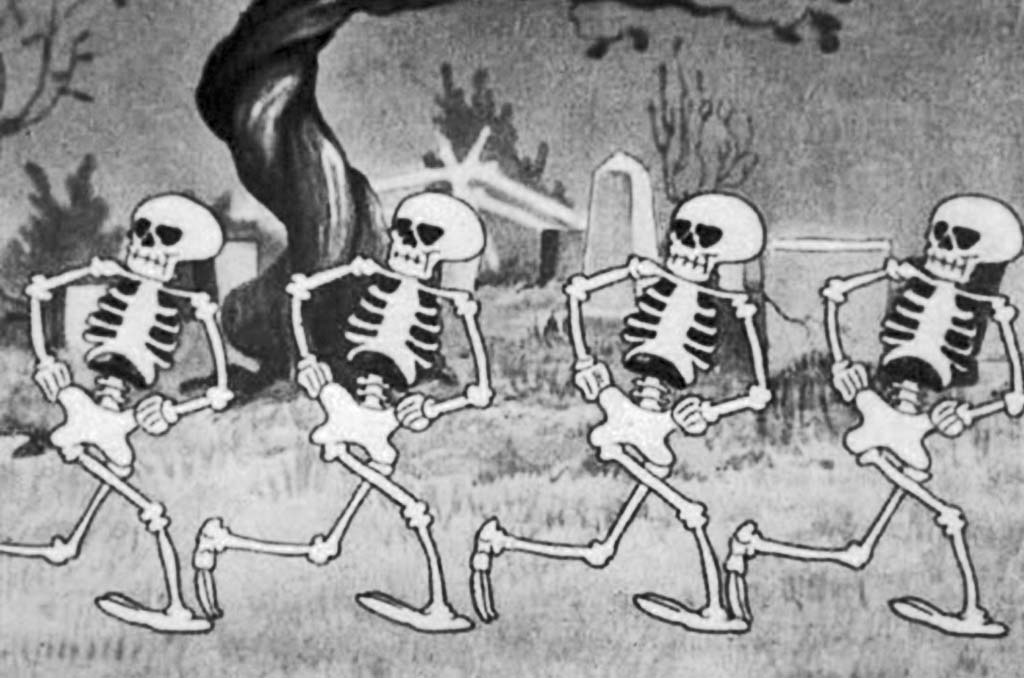 Walt Disney started the Silly Symphonies animated short series as a way to complement his new, but already very popular Mickey Mouse cartoons. The first in the series — The Skeleton Dance — was released in 1929 just one year after Steamboat Willie.

The series of animated shorts was inspired by composer Carl Stalling. He wanted to do a series based on different musical themes each with a different cast of characters. The music for The Skeleton Dance was inspired by a Fox Trot, but set in a minor key.

In the short four skeletons have a merry dance macabre in a church cemetery:

With The Skeleton Dance Walt DIsney, who directed, and Ub Iwerks, who was the lead animator, were stepping out of their Mickey Mouse shell and showing the world that the art of animation could do so much more. It also had the benefit of teaching the growing staff of animators new skills. The short was so important in 1994 it was declared one of the 50 greatest cartoons.