How do you travel to Orlando? If it’s on the WestJet airline, you may be flying on a plane with a custom Disney paint job. A new, custom-painted Disney “Frozen”-themed plane featuring Anna, Elsa and Olaf from the beloved Disney film just joined the WestJet fleet. Disney artists, cast members and WestJetters collaborated to design the “Frozen”-themed aircraft. 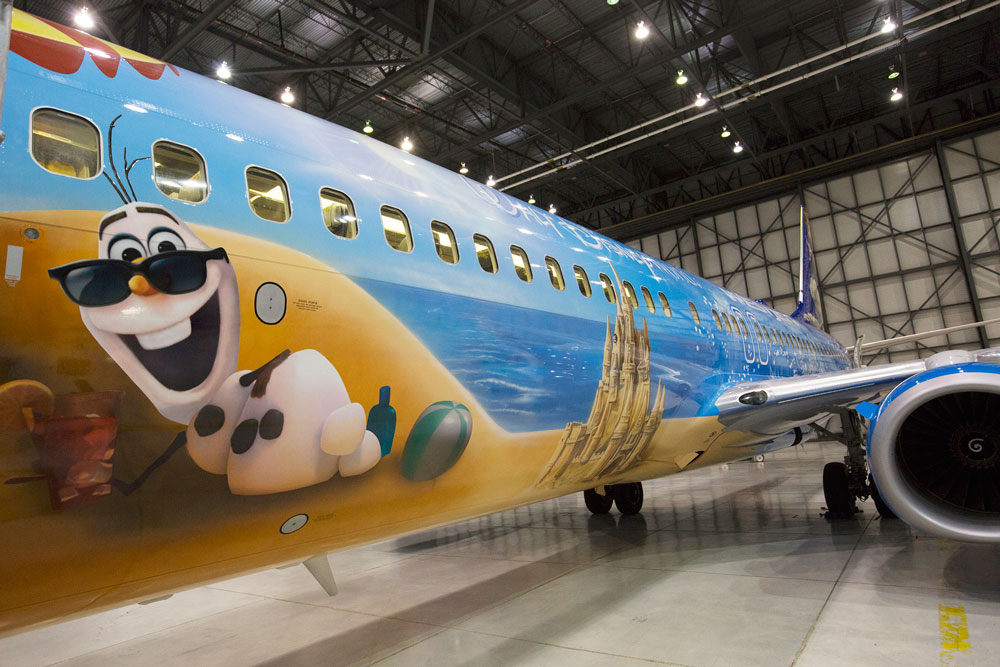 The inside of the plane has a design that matches the outside. In the rear of the aircraft, the overhead bins and headrest covers have a cold theme. As you move towards the middle of the plane, the interior decoration transitions to become warmer, ultimately arriving on a warm, sunny theme at the front of the plane. 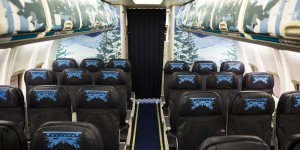 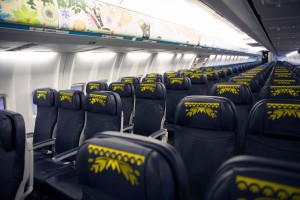 Here are more ‘cool’ facts about the “Frozen” plane:

The Disney “Frozen”-themed plane won’t just fly to Orlando and the Walt Disney World, it will operate flights throughout WestJet’s network, so keep your eyes open and be sure to send in a photo if you see it in the wild!