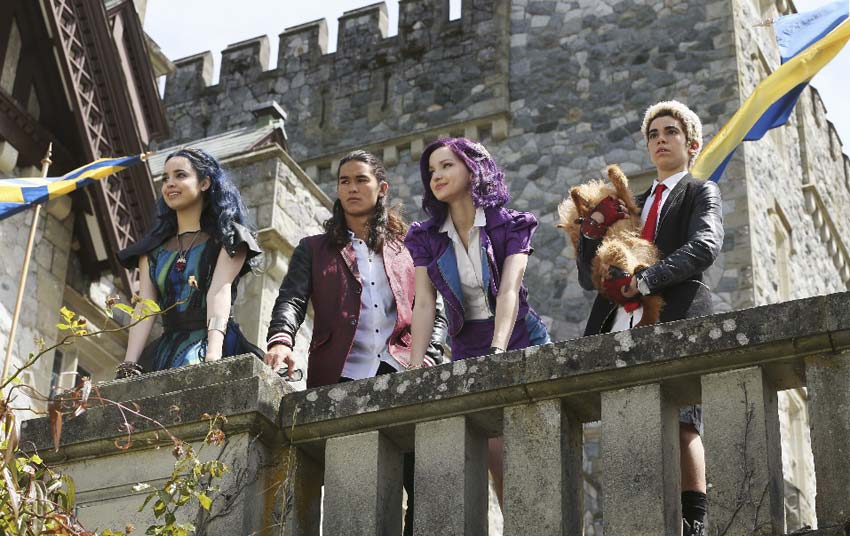 It’s just three months after its premiere and already “Descendants” is cable television’s fifth highest-rated movie of all-time. In the U.S., Disney Channel holds the record of presenting 6 of the Top 7 original cable movies ever (“High School Musical 2,” “Teen Beach Movie,” “Wizards of Waverly Place: The Movie,” “Descendants,” “Phineas and Ferb the Movie: Across the 2nd Dimension” and “Camp Rock”). So to the surprise of almost no one, Disney wants another bite at the apple.

Gary Marsh, President and Chief Creative Officer, Disney Channels Worldwide announced that a sequel script has been commissioned from the Descendants’ screenwriters, Sara Parriott and Josann McGibbon, who will also serve as executive producers on the project — “Descendants 2″ (working title).

Marsh said, “By almost every measure – domestically and globally – ‘Descendants’ has already become one of the biggest entertainment properties of the year, and we’re eager to delve deeper into the unfolding mythology of Auradon and Isle of the Lost. This kind of compelling, innovative storytelling, alongside our animated ‘Descendants: Wicked World’ shorts and unique transmedia campaign, continues to lay the groundwork for multiple franchise opportunities across virtually every line of business at The Walt Disney Company.”

The July 31 premiere of “Descendants,” a Disney Channel Original Movie directed, choreographed and executive-produced by Kenny Ortega (“High School Musical”), and executive-produced by Wendy Japhet (“An Education”, “The Italian Job”), delivered over 12.2 million (L+7) Total Viewers in the U.S., including 3.1 million Adults 18-49, making it the #1 cable TV movie in nearly three years in that demographic. It also broke viewing records on the WATCH Disney Channel app where it has posted 3.3 million video views since July 24.

There’s also a whole network of related media that Disney’s Descendants has grown for the company.

A “Descendants” mobile game from Disney Consumer Products and Interactive Media will launch in November. A “Descendants” Karaoke App released July 30 and reached #1 in the Kids 9-11 category in four countries including the U.S.

The “Descendants” soundtrack entered the Billboard 200 at #1, and six music videos of its musical numbers, plus its end-credit song “Believe” by Shawn Mendes and a “Rotten to the Core” remix by Sofia Carson, have delivered over 254 million views on DisneyMusicVevo. The movie has also inspired creative fan art, fan fiction, fan song covers and fan dance videos.

The “Descendants” DVD released on July 31 and is the #1 TV movie and the third best-selling TV title on DVD, 2015 to-date.

Are you looking forward to Disneys’ “Descendants 2” or should Disney focus on making other Disney Channel Original Movies?