In November of last year, Disney’s CEO, Bob Iger held a keynote presentation in which he outlined the ways that the Walt Disney Company and all of its divisions would focus on the mobile experience. As technology evolves and becomes a larger part of our lives, the Walt Disney Company made a commitment to embrace the newest technologies and to be at the forefront of delivering innovative experiences to customers. At the presentation last year, Iger explains the shift and highlights that this has been a part of his strategic vision all along.

“In the last four or five years — I think about it as the digital-mobile era — we’ve seen breathtaking changes to just about every corner of our business.”
-Walt Disney Company CEO , Bob Iger

As Disney’s divisions and brands focus on delivering high quality mobile experiences to consumers, The Disney Blog will begin expanding our coverage on Disney Interactive and Disney’s mobile applications.

Here are 13 apps every Disney fan should have on their mobile device! 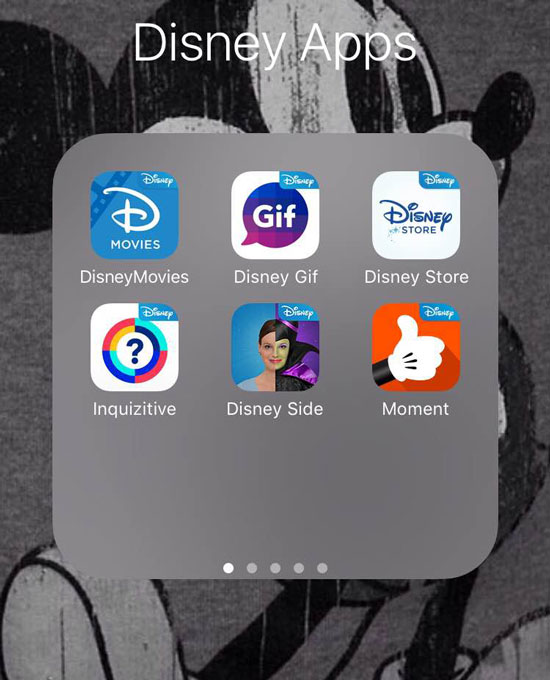 Disney Movies Anywhere is Disney’s App that launched last year. It allows you to browse, buy, and watch your favorite Disney movies so your entire Disney movie collection will be found in one place. Sign in with your Disney Account and your Disney movie purchases from your preferred online store will be made available in the app. Eligible Disney, Disney-Pixar, Marvel, Star Wars, and Disney Nature films will be made available across your favorite devices. Disney Movies Anywhere is available as a free download on iOS, Android, Amazon, Windows and Roku Devices.

Disney GIF is an app where you can express yourself and your emotions by sending GIFs from your favorite Disney, Pixar, Star Wars, and Marvel Movies. GIFs from Disney Channel and ABC shows are also available for you to send. When you download this app on your iOS or Android device you will have the option to add Disney GIFs right to your keyboard so that they are quickly accessible and available for you to share. Disney is always adding new GIF’s for you to share and use! This is definitely an app that is worth checking out! Get Disney GIF as a free download on iOS devices.

The Disney Store app allows you to browse and shop Disney’s online catalog of merchandise. You can purchase your favorite Disney, Pixar, Marvel, and Star Wars products within in the app. The Disney Store App is available as a free download on iOS and Android devices.

Show Your Disney Side is a really fun app where you can transform yourself into a select few of your favorite Disney Characters and share them with your friends and family. Take a picture within the app and you will be transformed into Elsa, Captain Jack Sparrow, Jafar, or a Jedi. Show your Disney Side by downloading this free app on your iOS devices.

Disney Moment is a beautiful app that allows you to experience moments of Disney magic everyday! Each day the app will present you with history facts about what happened that day in the World of Disney as well as with quotes from Disney films and filmmakers. Like Disney Inquizitive, this app features exclusive content and trivia questions to test your Disney knowledge. Download Disney Moment today for $3.99 from the iOS App Store.

Mickey Video presents you with Classic Mickey Mouse short videos that show the beginnings of the Mouse that started it all. This app highlights just how far Mickey Mouse and Disney Animation has come. Mickey Video is available for free on iOS devices. 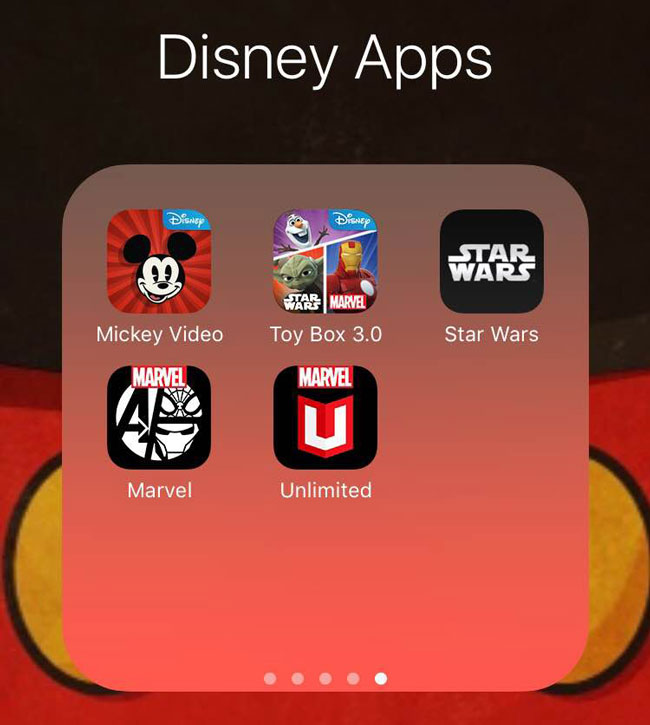 Disney Infinity is the ultimate Disney game. Disney Infinity 3.0 brings together Disney, Disney-Pixar, Marvel and Star Wars characters in one shared game where all of your favorite Disney Characters interact in a shared universe. The game has story modes and adventures to play through in your favorite Disney worlds. There is also a Toy Box mode where players can use props materials to construct their own worlds to play and share with friends. The game features over 80 characters from Disney, Disney-Pixar, Marvel and Star Wars franchises. Download Disney Infinity: Toy Box 3.0 for free on your iOS devices today.

Marvel Comics allows you to purchase and download your favorite superhero and Star Wars comics in a digital format. You can purchase the newest individual or a series of comic books that are being published by Marvel Comics. The app is free to download on iOS and Android devices and there are weekly free comics, however you will need to pay for newer comics you want to add to your collection.

Marvel Unlimited is a subscription service that allows you to read over 5,000 Marvel and Star Wars comic books. The subscription service doesn’t include the newest releases but it does offer comic books fans a wealth of high quality and high profile comic book series to choose from that inspire many of the comic book movies and tv shows that are being produced over the next few years. Download this free app and subscribe to Marvel Unlimited on your iOS and Android devices.

Disney Animated is an iPad only app that takes users into the process of creating some of the most beloved animated classics in Disney History. There are tons of videos, interactive images and a wealth of exclusive content that would make any Disney fan smile for hours! The app is currently only available on the iPad for $9.99. Highly Recommended!

Disney Magic Kingdoms is an app that allows you to create your own virtual Disney Theme Park. Classic Disney attractions and characters will be featured in the game. When you aren’t building and expanding your own park, you will have to complete mini-quests to save it from famous Disney villains. Disney Magic Kingdoms has not launched yet, but we feel as though this will be a classic must have game when it is made available on iOS and Android devices! We will let you know when it is released as we are awaiting anxiously to play and build our own parks!