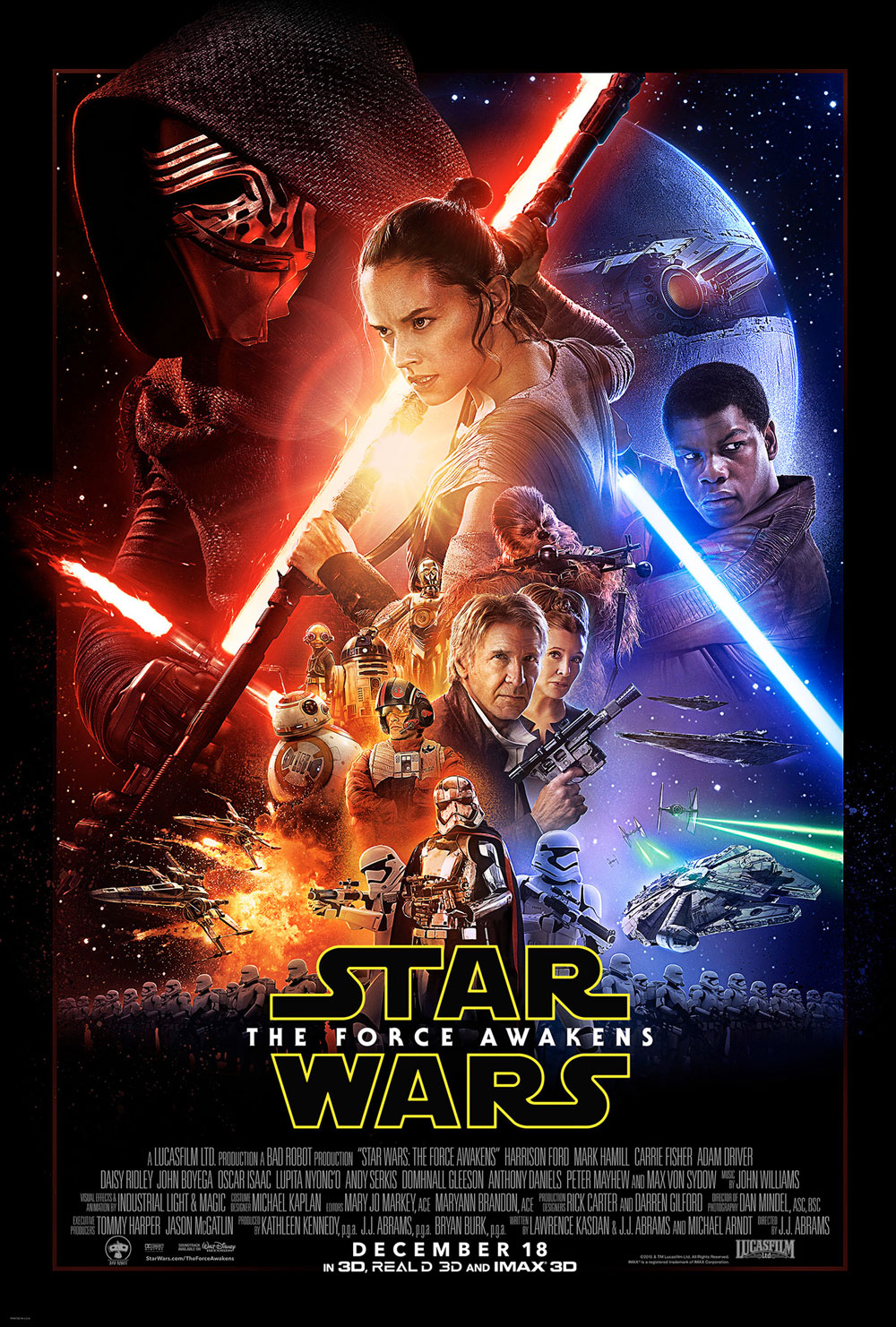 That certainly fits in with the tradition of recent Star Wars movie posters. I like how the poster shows the opposing forces of dark side and the light as the Force awakens along with most of the main characters from the film. We even see some of the characters from the original trilogy with one big exception – Luke Skywalker? I guess we’ll have to wait to see the film for that reveal.

As we’ve heard, the new trailer for the film will be released to ESPN’s Monday Night Football during the halftime of the game.

Also tomorrow, tickets to the highly anticipated movie will be on sale everywhere movie tickets are sold. (Use Fandango to help The Disney Blog and be entered in a special drawing)

Finally, we’ve learned that a number of theaters will offer the ultimate Star Wars movie experience. All seven movies will be shown back to back in digital 2D beginning with The Phantom Menace and concluding with The Force Awakens in 3D! Guests will also get an exclusive lanyard. Send in those vacation requests for December 17th.

What do you think of the new poster?