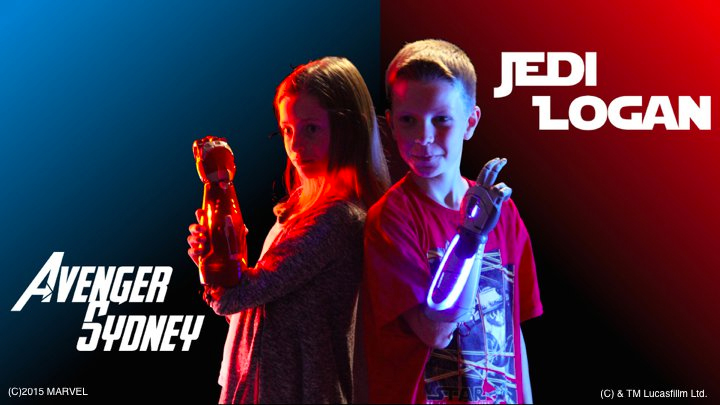 It’s a difficult reality, but there is a need for children to have functioning prosthetic arms to replace missing limbs. Here’s an answer to that problem that makes us wonder why no one had thought of this before. Disney has teamed up with a UK firm, Open Bionics, and designer Joel Gibbard, to create kid friendly prosthetic ‘bionic arms’ that are both fun and provide important medical data.

With royalty-free designs based on Disney’s popular Iron Man, Frozen, and Star Wars properties, kids are bound to find a design that excites them. The black Star Wars gauntlet lights up with LEDs and makes lightsaber sounds, you can even change the color depending on if you want to be like Luke, Yoda, or Darth Maul. The Iron Man gauntlet has a pulsar blaster and the Frozen hand resembles Elsa’s glittery glove. 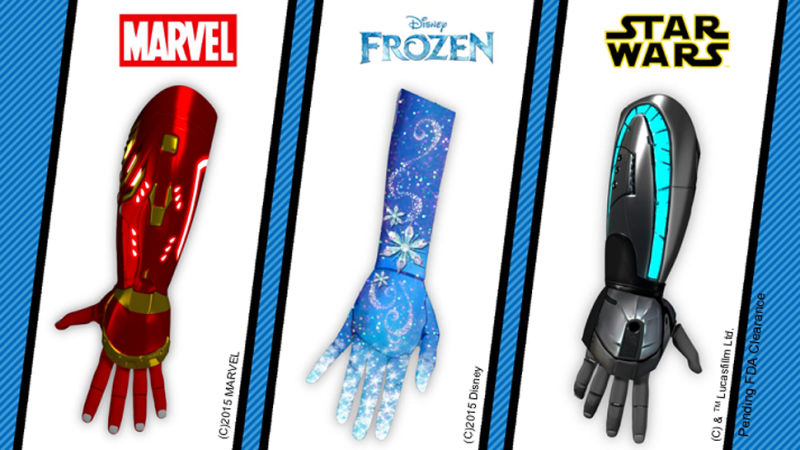 This project was led by Joel Gibbard, who previously shepherded the open source 3D-printable Open Hand Project (that was featured in that cute video with Robert Downey Jr. and the Iron Man prosthetic).

This project is one of the first graduates from Disney’s tech accelerator program. It’s goal is to keep producing low cost open source 3-D printed hands that are viable on the commercial market as well. This version has more ‘curb appeal’ which will help the children who need them overcome stigmas and be more at ease with when in public as well as improving their every day lives.

Kinda hits you right in the feels, doesn’t it?